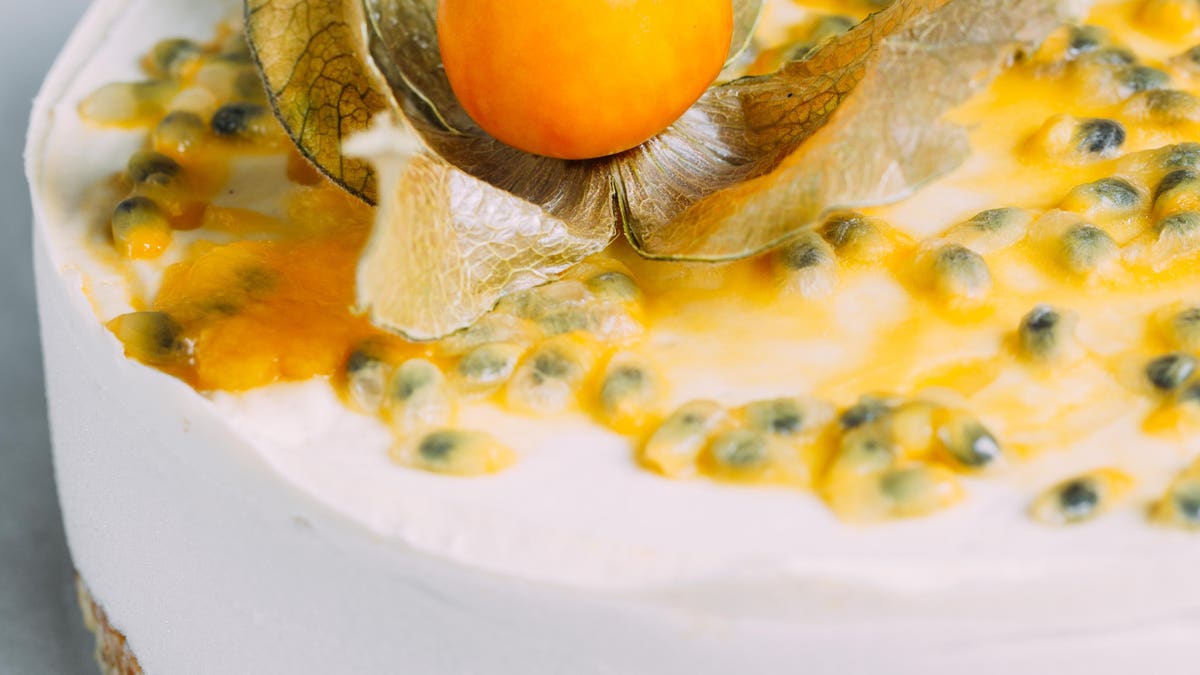 With the post-COVID increase in demand for vegan and plant-based foods and an increasing consciousness around animal welfare and the planet, the market for vegan and plant based desserts, currently valued at 2.68 billion, is poised for growth.

For modern, health-conscious consumers of the 2020’s, the motivation behind dessert selections has experienced a marked shift, with plant-based desserts taking centre-stage as the perfect alternative to treats that are typically heavily laden with creams, eggs, butter and other animal-based, less-healthy ingredients.

Modern food professionals are embracing the trend. Forty-seven percent of chefs and restaurateurs surveyed for the Kimpton Culinary + Cocktail Trend Forecast for 2020 considered vegan desserts to be the hot trend of the year.

Not surprisingly, Grand View Research reports that the global vegan dessert market is expected to grow at a compound annual growth rate (CAGR) of 10.1 per cent from 2020 to 2027.

Here are some of the top trends in plant-based desserts.

“The main trend in plant based desserts is clean, safe and natural ingredients that are pure in their processing and have nutritional benefits,” says Barbados-based plant-based chef and educator, Manuela Scalini who counts raw cacao, coconut jelly and medicinal mushrooms among her favourite dessert ingredients.

“What is happening today as vegan desserts increase in popularity, as opposed to ten years ago, is that chefs are using functional foods instead of processed animal-product-substitutes, that are just as unhealthy if not more so than traditional animal-based ingredients,” she says.

According to a report from European cocoa processor and chocolate manufacturer, Barry Callebaut, 48 per cent of Millennials believe that “chocolate needs to deliver more than just being tasty” and 64 per cent of Healthy Agers say “chocolate needs to be tasty and good for me,” while a report from Innova says that there is heightened consumer interest in organic offerings linked to sustainable farming and equitable sourcing practices. Each of these trends have been driving the demand for desserts made with raw cacao and vegan chocolate, that leave out dairy and animal-based additives and are fair trade.

Searches for vegan chocolate recipes are up 31 per cent this year with chocolate claiming forty per cent of the vegan confectionary market. Products like Soom Foods, LLC, chocolate-flavoured tahini, are in major demand as an ingredient in recipes for ice cream bars, milkshakes, and cakes, and well-known chocolate brands have been launching plant-based lines.

Earlier this year, Barry Callebaut launched a 100 percent dairy-free milk chocolate by the name “M_lk Chocolate” as part of its Plant Craft portfolio.

Natural sugar in fresh fruits has become the sole sweetener in many recipes while some desserts incorporate cane sugar alternatives such as monk fruit crystals and maple crystals (dehydrated maple crystals from maple tree sap).

Jessica Préalpato, the first woman to be named “The World’s Best Pastry Chef 2019” by the World’s 50 Best Restaurants, believes that eating in a healthier and more natural, planet-friendly way is a necessity and should extend to haute cuisine. While Préalpato is not entirely plant-based, she tries to stay away from sugar and animal products and instead focuses on healthy, not-so-sweet ingredients. Bitter and acidic flavours from fresh fruit grown in her native France to herbs and greens to figs and unroasted coffee beans as well as seaweed, tarragon, liquorice and nettle often make an appearance in her creations.

According to Grand View Research, one of the key driving factors in the vegan dessert industry is an increasing demand for dairy alternatives, driven by the fact that more than 75 per cent of the population is lactose intolerant.

This trend has created an upsurge in demand for vegan ice cream, which according to a joint report from the Good Food Institute and the Plant Based Foods Association, hit $304 million in sales in 2018, up 26.5 per cent from 2017.

Oat milk has registered the most rapid growth among dairy alternatives. Data from Nielsen shows that it is the fastest growing milk alternative, with sales growing by 50 percent between 2017 and 2018. In February 2020, Planet Oat launched its first dairy-free, oat milk frozen dessert line and in March, Frozen novelty maker, Chloe’s, launched Chloe’s Oatmilk Pops, a line of non-dairy treats inspired by classic ice cream flavours.

Bakers are becoming increasingly adventurous with flour options, opting for grain free flour alternatives such as chickpea flour, coconut flour, banana flour, apple flour, chia flour and hemp flour as potential alternatives to all-purpose flour which is limited in nutrients, is full of gluten, is highly acidic, is bad for digestion and has been shown to influence addictive eating habits. Grain free flour, on the other hand, is gluten free, high in fibre and protein and is low on the glycemic index.

The trend towards flour alternatives was also driven by the surge in panic buying and hoarding of all-purpose flour during the early days of the pandemic, and appears to be sticking with chefs and consumers.

A 2018 study conducted by The Centre for Generational Kinetics on behalf of The Hershey Co.
found that 87 per cent of Gen Z “thinks about dessert one or more times a day” while a 2020 survey from Innova found that three in five global consumers claim to incorporate more plant ingredients in their diets.

With the shift to plant based diets and a global love for desserts, the vegan dessert segment is bound for further growth.

Trip.com says China hotel bookings are surpassing pre-pandemic levels
Japanese Sukiyaki – INSANELY MARBLED BEEF – Traditional 100 Year-Old Food in Tokyo, Japan!
It’s one of Europe’s most popular destinations. Here’s how to avoid the crowds
Taste your way across Brooklyn
California’s Water Emergency: Satisfying The Thirst Of Almonds While The Wells Of The People That Harvest Them Run Dry