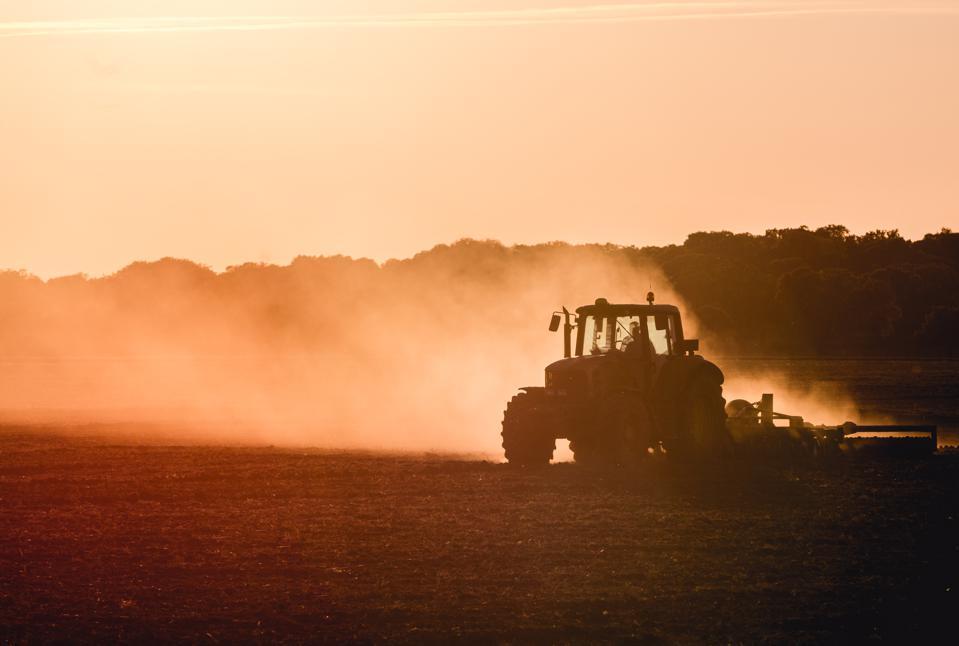 Ask some farmers how is life, and they will most likely tell you that it’s pretty darn good right now (for the most part). This news is a complete 180 from what the answer would have been a few months ago, when sentiment was at an all-time low.

According to the monthly Purdue University/CME Group Ag Economy Barometer, a survey of 400 U.S. agricultural producers which was conducted October 19-23, sentiment rose 27 points to a reading of 183 last month. Thats an all-time high for the index.

The primary driver’s behind this optimism are the late summer and fall rally in commodity prices, with expectations of higher prices next year, along with government program payments arising from the second round of the Coronavirus Food Assistance Program (CFAP 2). Corn and soybean prices continued to rally despite the fact that the nation’s corn yields are expected to set a new record high and soybean yields are projected by USDA to be the fourth highest on record. The combination of good yields and rallying crop prices set the stage for an additional boost in farmer sentiment. Of particular note this month was producers’ response to the question regarding their farms’ financial condition today versus a year earlier.

“Since bottoming out this summer, the ag economy has rebounded sharply, and the dramatic improvement in sentiment reflects the turnaround in the farm income picture,” said James Mintert, the barometer’s principal investigator and director of Purdue University’s Center for Commercial Agriculture. “Together the combination of good yields, a rally in crop prices and CFAP 2 payments set the stage for an all-time high in the barometer and farmer sentiment.”

Twenty-five percent of 400 U.S. agricultural producers surveyed said their farm was better off financially now than at this point last year. This was the most positive response from producers to this question in the history of the barometer survey. The Farm Capital Investment Index also hit an all-time high in October, up nine points from September to a reading of 82. The percentage of producers expecting to increase their purchases of machinery in the upcoming year rose to 14% from 11% a month earlier, and up from just 4% back in May. Even more importantly, the percentage of respondents who plan to reduce their purchases in the next year was 33%, down from 40% in September.

Farmers stated that they believed trade with China was also taking on a rosier picture. Nearly six out of 10 respondents (59%), said they expect to see China fulfill the food and agricultural import requirements outlined in the Phase One trade agreement with the U.S., compared with just 47% in September. When asked for their overall perspective on U.S. ag exports, the percentage of producers expecting exports to rise over the next five years increased to 65% in October, up from 58% in September.

Some believe that the sentiment could move even higher with the changing of the guard to Joe Biden.

“The last four years haven’t been too kind to family farmers and ranchers,” said Rob Larew, president of the National Farmers Union (NFU), which mostly represents smaller farms. “Overproduction, rampant corporate consolidation, trade disputes, and climate change have kept commodity prices stubbornly low, causing farm debt to balloon and farm bankruptcies to proliferate. On the campaign trail, President-elect Joe Biden has indicated that he intends to address many of the concerns we have expressed over the last several years. He has promised to rejoin the Paris Climate Agreement as well as provide farmers and ranchers the tools they need to implement climate-smart practices, both of which are top priorities for Farmers Union members.

“Additionally, Biden has outlined his commitment to revitalize rural economies, enforce antitrust regulation, strengthen the Affordable Care Act, alleviate racial inequities in agriculture, expand rural broadband, and promote homegrown biofuels. These are all reforms that we as an organization have advocated for many years, and it is encouraging to see them incorporated so prominently into the president-elect’s platform.”

Trade, which President Trump went to war on during his tenure, will likely pick back up. After killing the Trans-Pacific Partnership, while racking up tariffs on foreign goods, Biden advisers say he will seek to end the “artificial trade wars” with Europe. Any future tariffs with China, would come after consultation with U.S. allies.