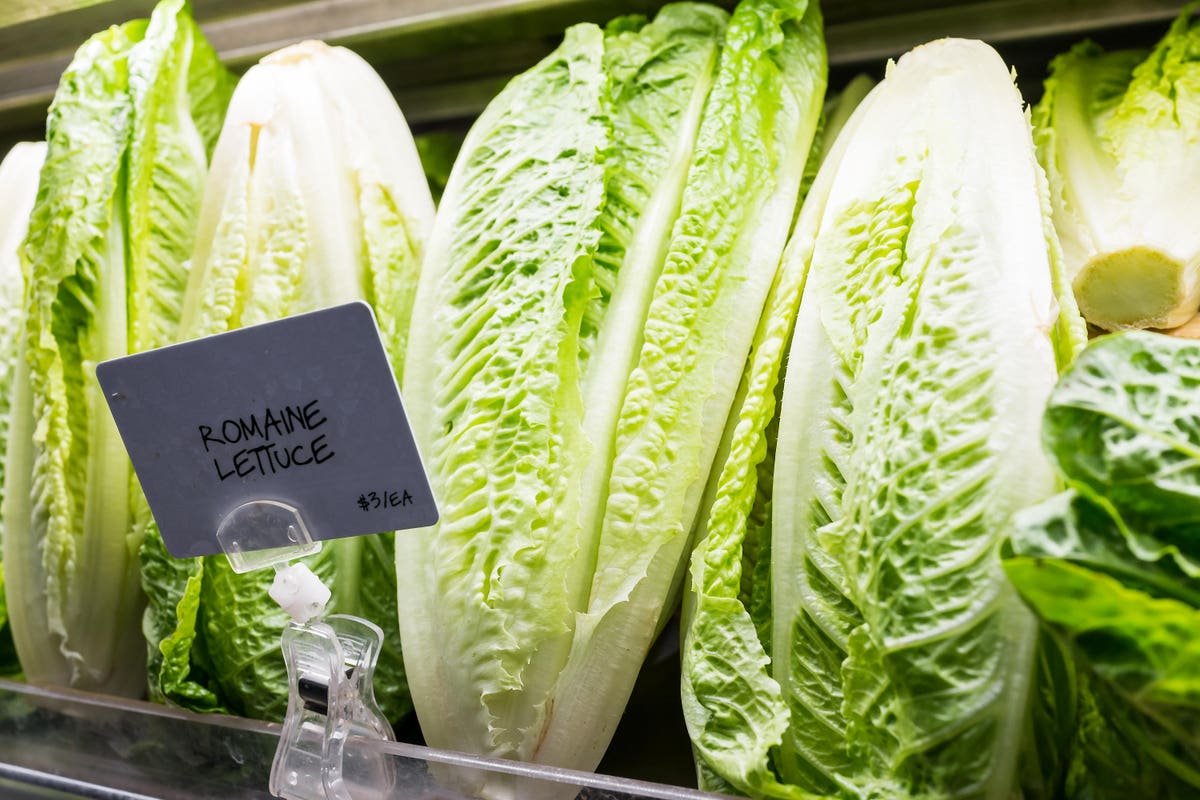 But what happens when there are three active E. coli O157:H7 outbreaks? Well, the Centers for Disease Control and Prevention (CDC) currently lists three such outbreaks on its web site. One of them, as  of October 28, 2020, has affected 21 people in 8 states, resulting in 8 hospitalizations and one death. A second one also as of October 28 has left at least 23 people sick in 12 states with 10 hospitalizations and zero deaths. The sources for these first two outbreaks remains unidentified. The third, just announced by CDC on November 10, has had 12 reported cases in six states, causing five hospitalizations and no deaths. For the first two outbreaks, the causes are still unknown. The CDC has a suspected food source for the third outbreak. Take a wild guess as to what food source this may be. Here’s a hint: it rhymes with “cocaine met us.”

Yes, folks, once again, for the fourth year in a row, there may be an E.coli outbreak in the U.S. associated with Romaine lettuce. Back in November 2019, I wrote for Forbes about how such as an outbreak has happened each year from 2017 to 2019. Looks like 2020 may be no different, at least in this regards.

Will this trend continue? Will people start saying, “oh, I remember when we last met. That was three Romaine lettuce-related outbreaks ago.” Or is this how you will start viewing life:

Does this latest outbreak mean that your salad days are over for 2020? Well, Romaine calm. The CDC hasn’t yet established Romaine lettuce as the culprit. Investigators have interviewed 11 people who got sick and found that all had eaten leafy greens with five eating romaine lettuce, five spinach, three iceberg lettuce, and three red leaf lettuce. That’s not enough to lettuce know that Romaine is at fault.

Nonetheless, according to the U.S. Food and Drug Administration (FDA) announcement, Tanimura & Antle’s is voluntarily recalling their packaged single head romaine lettuce that has a Universal Product Code (UPC) of 0-27918-20314-9 and was packed on October 15 or October 16, as this tweet showed:

This is especially true if that product has been recalled for possible E. coli O157:H7 contamination. The bacteria’s name has an “O” and an “H,” which can serve as a reminder that “oh poo” this can be a bad infection. For most, the infection can lead to four to seven days of diarrhea, fever, and stomach cramps. However, 2% to 15% of infections can progress to hemolytic uremic syndrome (HUS), which is when the Shiga toxin secreted by the bacteria messes with the blood vessels in your kidneys. This can result in kidney failure and potentially death.

As I have previously reported for Forbes, since 2017, the CDC has listed more foodborne illness outbreaks on its website than any other three-year stretch in recent memory. Since the beginning of 2017, there have been 14 reported E. coli O157:H7 alone. Some Twitterers have wondered what’s been going on these past few years:

Have regulation and monitoring of food handling have gotten too lax? After all, once can be an accident. Twice can be a coincidence. But three times may be a trend. And three at the same time? Well, that may be an outbreak of outbreaks.