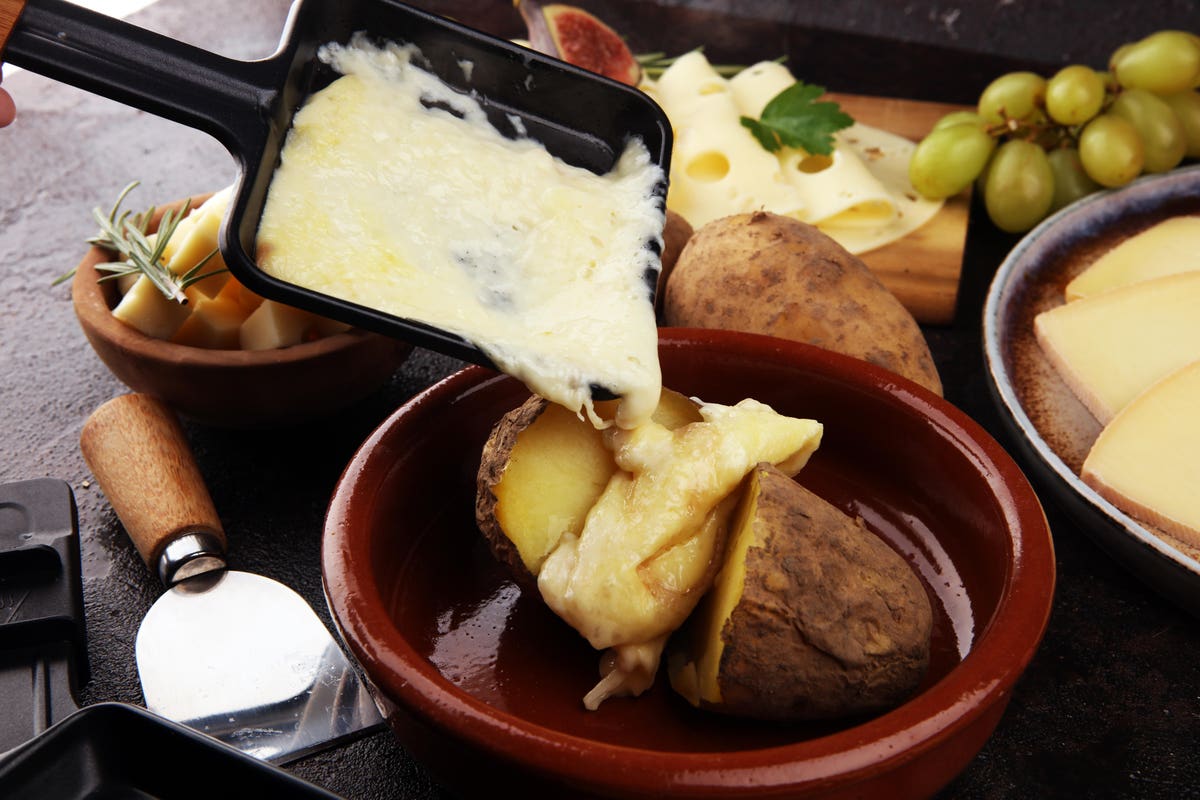 First toilet paper, then pasta. And now cheese is becoming harder to buy–more specifically the cheese used for raclette and fondue, which many French and Swiss people consider to be one of their favorite national dishes.

As the cold weather sets in, and with people mostly in their homes, sales have rocketed for both the cheese and the equipment–leading to the question; how best to eat both, in the age of social distancing?

Most cheeses haven’t fared well in the pandemic

The pandemic hasn’t been kind to all cheeses.

Many cheese makers have suffered from the closure of restaurants, cafés and school canteens around the world. In June, cheese makers, from French brie to British stilton were suffering from a decrease in sales of up to 30%.

In the U.S. in November, Bloomberg reported on a plunge in cheese prices as restaurants from California to New York have been forced to close. Some wholesale cheddar prices have fallen more than 40% in November and cheese block prices–which are usually used for cheese plates and party platters–have declined 13% this year to about $1.66 a pound.

Other cheeses, however, have thrived. During the first lockdown, people sought out more processed cheese, looking for products which lasted longer in the fridge. And new ones have even been discovered, like the one in Vosges in France when rinds were accidentally left in the fridge.

And now, sales of cheese used for raclette in France are rocketing. Raclette–where slices of cheese are melted and then poured over potatoes and eaten with salami or ham–is traditionally made using the milk of alpine cows.

France has seen a 300% increase in raclette cheese sales and people have been buying raclette machines in record numbers. The biggest change, however, is symptomatic of the lockdown in that in most years, sales are in packs for six or eight people–this year, sales have been in packs for two.

As reported by Europe 1, the rush to buy raclette doesn’t surprise Catherine Vackrine, an endocrinologist and specialist in eating behavior, who says that because the raclette is quite a rich meal, it can calm emotions. She adds that “raclette is a little transgressive and regressive, bringing back good memories that put us back in situations where we we felt good, and that we will not be able to live again this year.”

People are worried that there might not be enough stock to last the winter; President Macron’s government is keeping restaurants, bars and ski resorts closed until 20 January, at least. One director of a fromagerie (cheese shop) in Paris, as reported by Le Figaro, said he is “worried about his capacity to meet the needs of his customers.”

Things are so serious, that it has even been joked that the French should start replacing the traditional raclette with a chevrette, using goat’s cheese (chevre is French for goat) or a biclette, using brebis cheese (cheese made from sheep’s milk).

How to eat fondue in the age of Covid-19?

Across the border in Switzerland, fondue season is well underway (dipping bread or meat in cheese) and there is chatter on Twitter about how best to eat it in the age of Covid-19 and social distancing–some are suggesting that instead of a traditional fork, it would be best to use a fishing rod (une canne à pêche).

Others are suggesting that each guest takes two forks and a knife, and that’s it. A fork to dip in the fondue, the knife to help them remove the bread and the second fork to eat, thus avoiding any contamination of the the fondue pot.

Swiss fondue recipes date back to the 17th century and became a national dish in the 1950s, when the country’s army incorporated it into its cookbook. Arnaud Favre, president of the fondue association Les Compagnons du Caquelon, reported that sales of cheeses used for fondue are up 10% on last year.

French media consulted the most senior infectious disease specialist in Geneva, Didier Pittet, who chairs the body which assesses the management of the coronavirus crisis in France. Pittet, when asked if there was a risk associated with fondue, replied “certainly not.”

Swiss cheese makers, united within the Switzerland Cheese Marketing organization, have also offered reassuring advice to the population. After claiming to have examined the question closely, they concluded that “the risk of contamination by a fondue cheese is unlikely “. Professor Christian Ruef, specialist in infectious diseases in Zurich, explained that this is because “in the caquelon (the pot), the cheese reaches a temperature sufficient to kill any virus”.

Other health professionals have been quick to point out that the risk doesn’t lie with the fondue itself, but like the raclette, Covid-19 is transmitted through people in close contact, so its more the number of people at these dinners that poses the more direct problem.

Boeing delivers 35 planes in May as it grapples with supply chain problems
Vengeful Spirit Causes Homeowner’s Uncontrollable Rage | The Dead Files | Travel Channel
What to do if the rail strike means you can’t get to the airport for your holiday
The Kids To Take A Chance On: Wine Philanthropy, Revisioned
Travelers are upset about rising costs, but most aren’t canceling their plans just yet