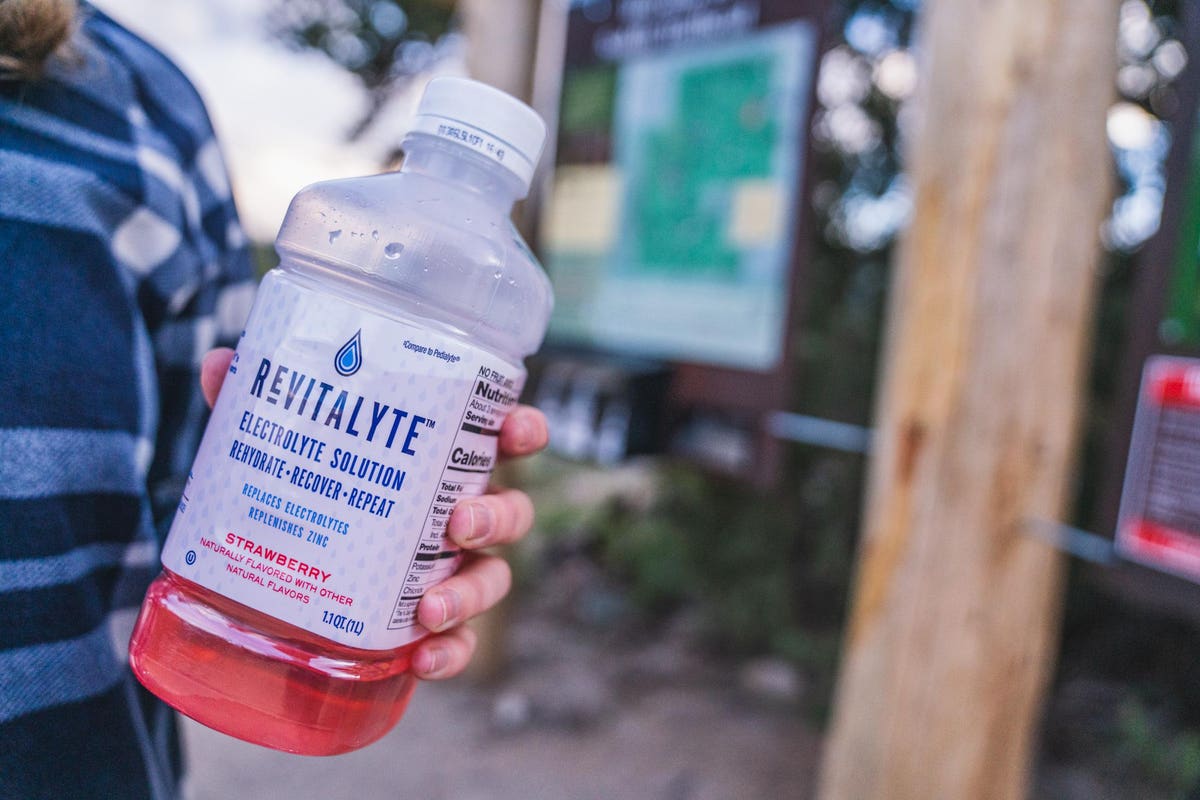 The Fireman Capital-backed rollup, whose portfolio of brands includes popular craft beer labels such as Oskar Blues and Cigar City, has struck a deal with recovery drink Revitalyte.

The partnership will give Revitalyte access to CANarchy’s sales and distribution network and is centered around expanding availability of the brand across the country.

Financial terms of the deal were not disclosed, but the commercial relationship could lead to an outright acquisition down the road, I’m told.

Revitalyte has positioned itself as an adult version of Pedialyte that younger professionals should use as a way to replenish electrolytes after exercise or for rehydrating after a long night out.

The pitch, according to founder Ryan Leonard, is that shopping for a hangover cure in the baby aisle of a drug store is embarrassing.

“You have to go out of your way to find it, and every time you go to the checkout counter the cashier will make some kind of a joke about how you’re buying a kid’s drink,” he said. “It gets old.”

So, Leonard developed Revitalyte with the intent of emulating the look, feel and formulation of Pedialyte.

“The label and brand makes sense for adults, and we actually sell it in channels where they are shopping – like liquor and convenience,” he said.

According to CANarchy president Matt Fraser, the pediatric electrolyte category is valued at about $500 million and has grown 28% this year.

“50% of the purchases are for adult use,” he said. “Ultimately, once your kids are out of diapers, how many times are you going to the baby food aisle?”

For his part, Leonard believes the CANarchy partnership will allow Revitalyte to expand the category and move drinks for dehydration into a more mainstream set.

“We have an awesome opportunity to take this product that has become increasingly popular coming out of the baby aisle, and put it into channels that are accretive to the actual larger hydration industry,” he said.

Both Fraser and Leonard said the brand has been used by some consumers as a post-workout recovery drink, but across social media, Revitalyte relies heavily on clever memes that showcase the product as hangover remedy.

Barstool, known for its sophomoric brand of humor and fetishization of drinking culture, has worked Revitalyte into numerous videos, podcasts and social media posts over the last several months.

According to Leonard, the Barstool relationship – which first began about a year ago — allows the company to “communicate directly to young professionals.”

“They’re a direct line to our core market that we generally speak to,” he said. “They have an extremely loyal fan base and sometimes I feel like they understand our brand better than we do.”

The Barstool partnership could evolve into co-branded products in 2021 and was a factor in CANarchy wanting to do the deal.

“It solidified that Ryan’s product and idea was a viable solution that the market didn’t have,” said Fraser. “Barstool is a media machine, and when they get behind a product it moves very quickly.”

After an initial test earlier this year, CANarchy began selling Revitalyte throughout its distribution network last month. Fraser said the product would be available through all 200 of its distributors within the next four months, and that it has already added over 1,000 points of distribution.

Fraser declined to comment on whether CANarchy obtained a stake in Revitalyte through the deal.

For his part, Leonard said he’d be thrilled if the partnership ultimately led to an acquisition.

Revitalyte retails for about $6 per bottle and is available via the company’s online store as well as at retailers across the country.

Food And Beverage Inflation, Antici-Flation, Shrink-Flation: Who’s Winning And Losing?
How to spend a weekend in Vienna
French court confirms ban on ‘burkinis’ in city’s swimming pools
United Airlines will cut 12% of Newark flights in effort to tame delays
THE BIG SURPRISE!!