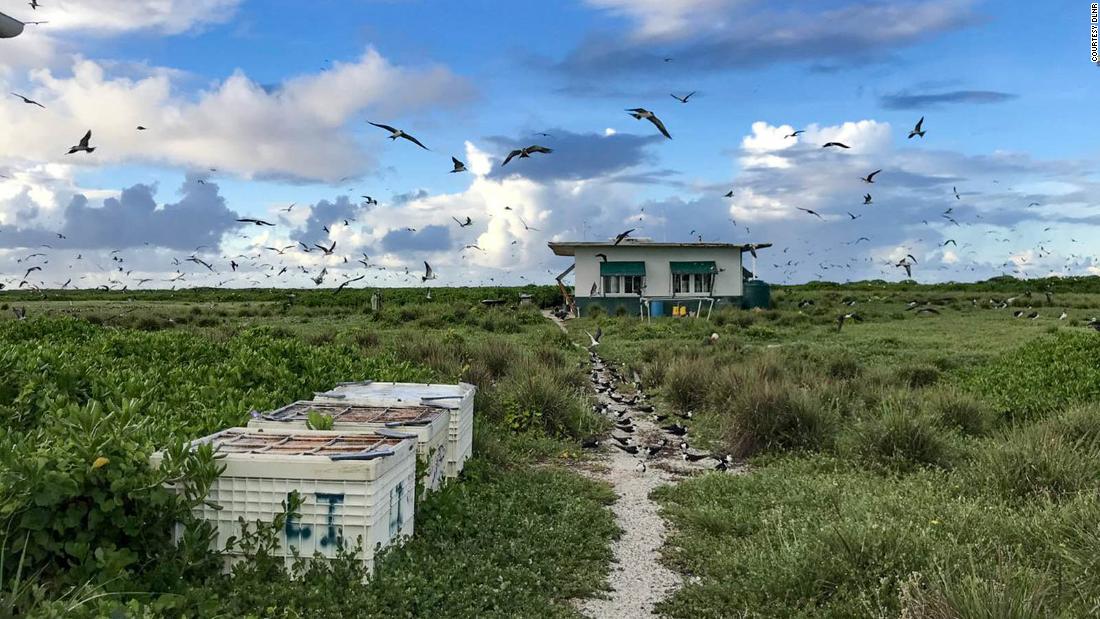 (CNN) — They may be some of the last people in the world to be touched by the pandemic.

A four-person crew of researchers traveled to Kure Atoll, a remote atoll in the Pacific Ocean that’s more than 1,300 miles from Honolulu, Hawaii, in February.

By the time they returned to Hawaii, the world was a different place. A world ravaged by a virus that has decimated businesses, overloaded healthcare systems, and forced new rules about social distancing and face masks.

During the eight months the crew spent at the atoll, they had no TV, no cell service and limited access to internet. Instead, they relied on the occasional emails from friends and family to keep up with the outside world.

“I had definitely heard a few things about it,” crew member Matthew Butschek II, 26, told CNN. “But between other diseases like SARS and swine flu, I thought, ‘It’s just the next thing. Nothing big.’ I really thought it’d have already passed by the time we all got home.”

The island is home to thousands of birds and no humans

The island is more than 1,300 miles from Honolulu.

Each year, two crews are dispatched to Kure Atoll by the state on a rotating schedule to conduct research on the island’s ecosystem.

They help maintain the wildlife sanctuary. They clean up debris, tend to the numerous endangered bird species who live in the area and remove Golden crown beard, an invasive plant species that’s been wreaking havoc on the atoll.

Matthew Saunter, 35, the field camp leader for the most recent crew, has been to the island about nine times. He said volunteer researchers are drawn to the promise of complete isolation.

“It’s like a speck in the middle of the ocean,” Saunter told CNN. “We might get messages from the outside world two or three times a day. That can definitely be its appeal.”

This particular crew expected to leave for the Kure Atoll in March to swap with the previous crew, but they ended up leaving earlier, in February. They also stayed a month later than originally scheduled and swapped with the next crew at the end of October.

Instead of receiving messages to their personal emails, the crew shared one email address that friends and family could use to contact them. It was the only access to internet that they had.

“It really felt so far away,” Charlie Thomas, an 18-year-old crew member, told CNN. “I had only seen a few things in the news. I remember flying into Honolulu (in February) at the same time that another flight arrived from Japan. Everyone on that plane had been wearing masks.”

In the messages they received from friends and family, the crew knew what was going on in the world. But hearing about a pandemic is very different than experiencing it firsthand.

So, they had no idea what was in store when they returned home.

Social distancing has a put a damper on their return

Now, Thomas, the only crew member not from the United States, is back with family in the Auckland, New Zealand, area after a 14-day quarantine in a hotel. Saunter and the fourth crew member, Naomi Worcester, remained in Hawaii while Butschek is staying with family in Texas, which became the first state to reach one million coronavirus cases last month.

“I feel like I’m still learning the details of everything,” Butschek said. “But fortunately, no one I know, none of my friends, have been diagnosed with Covid.”

Social distancing and quarantine measures have put a damper on their return.

“It’s all been pretty weird,” Worcester, 43, told CNN. “There was having to say goodbye to everyone at the airport. I’m happy about all of the great food — nonperishable food — that we get to eat now. But I haven’t had one hug since I’ve been back.”

And although the crew has just gotten settled into a world facing a global health crisis, research on the island must continue.

“Starting the planning process has been really challenging,” Saunter said. “But we’re currently on the hunt for our next team.”

Introducing the Grand Canyon
Get ready for the FOOD TRIP of a Lifetime!
A Family Wine Estate Lost While Dealing With Father’s Alzheimer’s
The best accommodation in Madonna di Campiglio
10 Coolest Winter Places in America