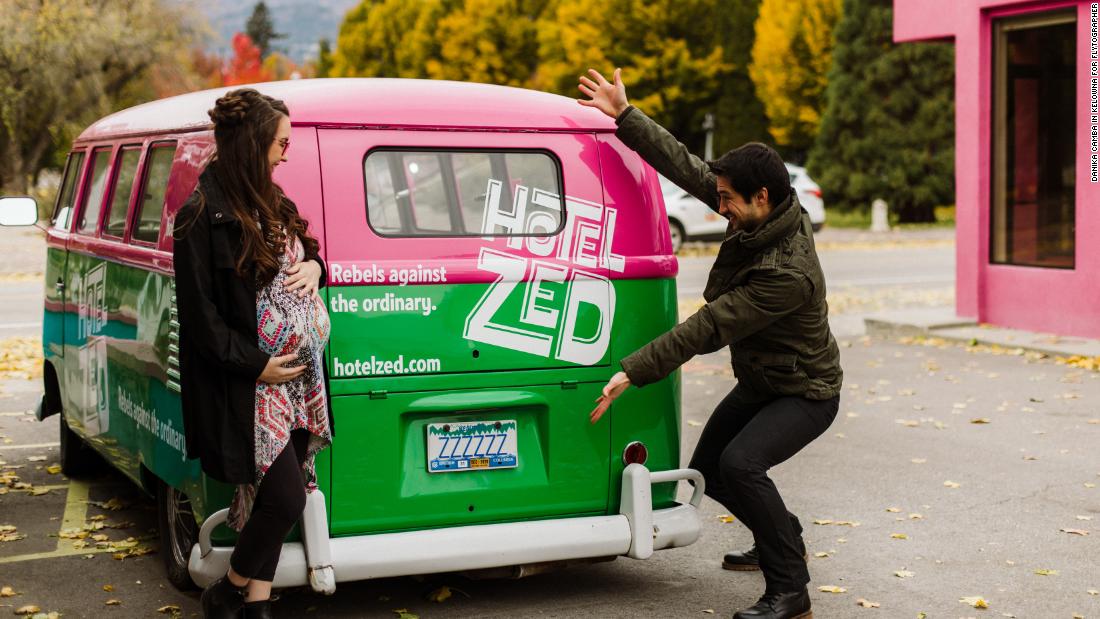 A hip little hotel in British Columbia offered couples the chance to win 18 years of free accommodations if, roughly nine months following their Hotel Zed stay, they had a baby.

Nicole and Alexander Beshinsky and their three-and-half-year-old son are getting ready to welcome a new member to the family.

The Kelowna-based couple took advantage of Hotel Zed’s “Nooner” special this past February 14. Although Hotel Zed, which also has locations in Victoria and Tofino, has offered the four-hour “Nooner” special for the past five years, 2020 was the first year of this particular promotion.

The deal, which encouraged couples to check in from 10 a.m. to 2 p.m. for some nookie, followed some post-coital ping-pong in the lounge or perhaps a sexy soak in the outdoor hot tub, was a first for the Beshinskys.

It was also their first time staying at Hotel Zed.

The couple say they don’t even always get a chance to celebrate Valentine’s Day, owing to work conflicts and other challenges. Nicole calls the Nooner package “a great Valentine’s idea for parents because it makes childcare a little easier.”

Indeed, Hotel Zed CEO Mandy Farmer came up with the original Nooner idea when her kids were little, and she was struggling to find quality, child-free time with her husband. The prospect of a romantic tryst on February 14 was more appealing to her than a bouquet of carnations or a box of chocolates, so she took the idea to the board and they ran with it.

As to 2020’s baby-making incentive? Well, it seemed like a fun twist — the holiday is notoriously known for engagements, so why not conceptions?

“I don’t think we’re going to convince someone who’s not thinking about having a baby to have a baby. But if you’re serious about expanding your family, why wouldn’t you try?” Farmer asks. “If you succeed, you’ll win a way to celebrate your baby’s conception for the next 18 years.”

In addition to the 18 years of free stays, the Beshinsky family also lucked out with a free photo shoot so excited about their campaign’s results was the hotel.

Via email, Nicole said: “We had been trying to get pregnant for almost two years, so we thought we would raise stakes with the contest. Apparently all we needed was a little competition!”

Lisa Kadane contributed to this story.

Congrats, Clif Bar! Its Sale To Mondelez Boosts Our View That This Is ‘The ESOP Decade’
The adventurer twins exploring the most remote parts of the world
The Delevingne Sisters On Prosecco, Pandemics And Pink Drinks
How To Drive In Wine Country: The Virginia Edition
Vengeful Spirit Causes Homeowner’s Uncontrollable Rage | The Dead Files | Travel Channel