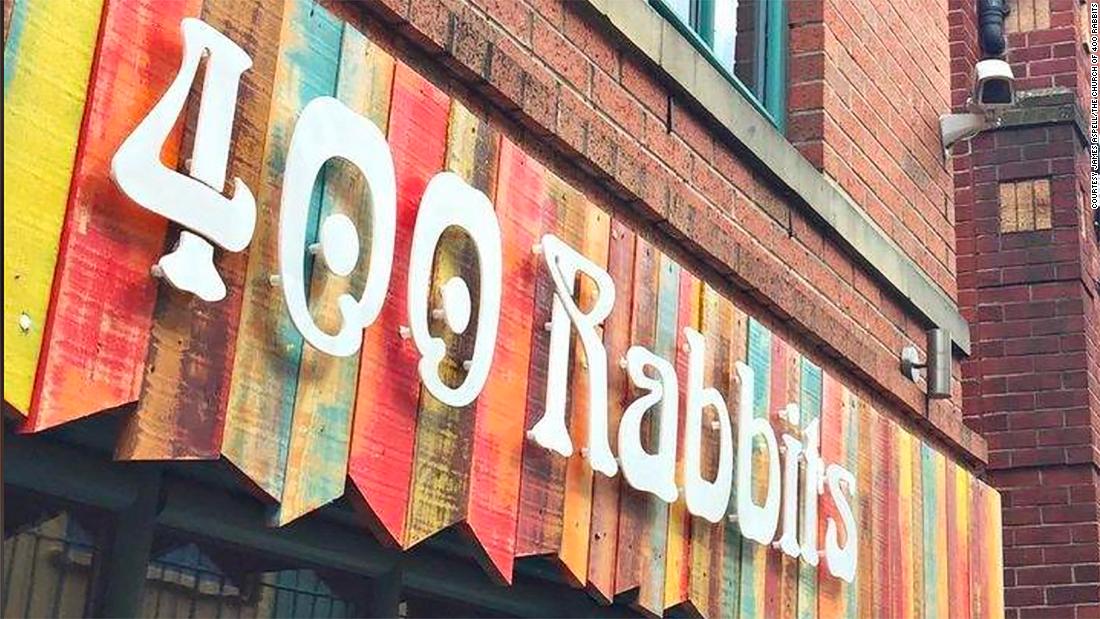 London (CNN) — The Romans had Bacchus, the Greeks had Dionysus and the Aztecs, well they had Centzon Tōtōchtin: a hard-drinking gang of 400 rabbit gods.

The bunnies haven’t had many prayers sent their way in recent years but, 2020 being what it is, a tequila bar in Nottingham, England, is trying to change that — and rescue its business at the same time.

England left its second national lockdown on December 2 and entered a system of tiered restrictions. Nottingham falls into the highest-risk Tier 3 category, which mandates that hospitality venues remain closed, other than for delivery and takeaway.

The newly christened Church of 400 Rabbits (formerly 400 Rabbits) is an Aztec-themed bar with an extensive tequila menu and a pending application to Nottingham’s registrar general to become a place of worship.

The reason this five-year-old establishment is now hoping to mix spirituality with spirits is that it’s spotted a loophole in England’s Covid-19 rules which means that, if you’re a place of worship, then people from the same household or bubble can enter your premises.

Having posted off an application to certify a place of meeting for religious worship (under the Places of Worship Registration Act 1855), the bar is now seeking congregants through its website.

Becoming a Bunny Believer is free (and gets you a certificate), while a £10 ($13) contribution means you’re ordained as a Reverend of the Righteous Rabbits, with a complimentary T-shirt as your official robes.

Owner James Aspell isn’t hopeful that Nottingham’s powers-that-be will look beneficently on his bar’s application, but says it’s a tongue-in-cheek effort “to shine a light on the ridiculousness of the government’s new tier system and how contradictory the rules are.”

“It’s been really tough,” he says, arguing that: “the government insist on these restrictions” but then “the financial support isn’t there.”

“Even if we moved down into Tier 2 we wouldn’t be able to open without serving a substantial meal,” he adds, pointing to “the whole Scotch egg fiasco” which has played out in UK media this week.

A Scotch egg, for the uninitiated, is a hard-boiled egg wrapped in sausage meat and breadcrumbs, and a beloved institution that’s as British as queuing and complaining about the weather. After much debate, it’s now been declared a substantial meal by UK cabinet minister Michael Gove, after he controversially described it as a starter.

A pub in Brighton called the Caxton Arms is trying some loophole trickery of its own, by serving a beer named Substantial Meal in an attempt to bypass Tier 2 restrictions/get some press attention just like this.
And 400 Rabbits isn’t the first business to try the “place of worship” trick either — last month Poland’s Atlantic Squash and Fitness Club rebranded itself as the Church of the Healthy Body in a similar effort to keep open.

Aspell, meanwhile, says that the 400 Rabbits congregation is multiplying like, well, rabbits, with worshipers signing up all the way from Kazakhstan to New Zealand.