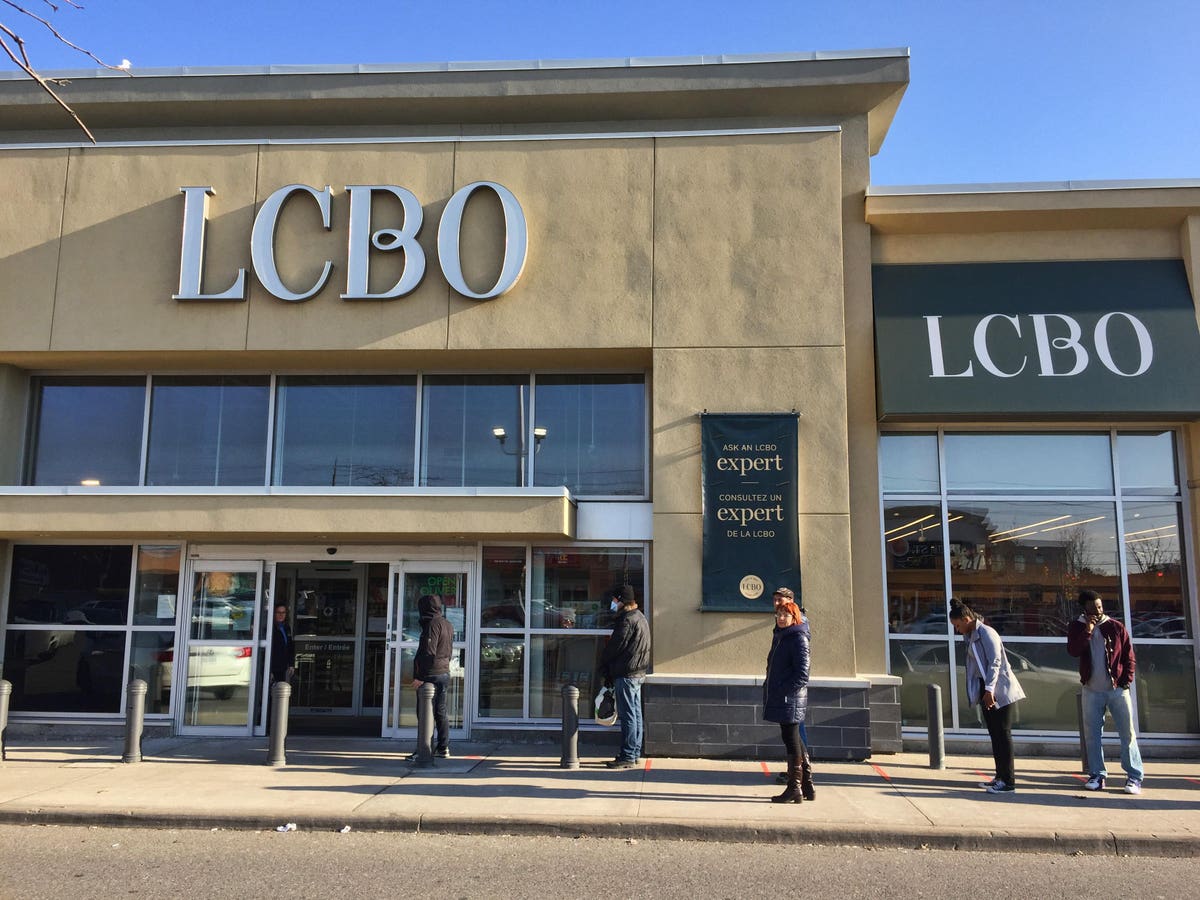 Earlier this year, Ontario bars and restaurants breathed a sigh of relief when relaxed legislation from the Alcohol and Gaming Commission of Ontario (AGCO) allowed them to sell wine and beer with takeout.

It was a beacon of hope, a way to bring in revenue when dine-in service was closed to curb Covid-19 cases—most of the province currently sits in a complete lockdown.

But Friday, the Ontario spirits industry was floored when The Liquor Control Board of Ontario (LCBO), a monolithic, government-run alcohol distributor and retailer, announced a Toronto partnership with delivery app Skip The Dishes. Skip The Dishes one of Canada’s major food delivery networks and a subsidiary of Just Eat Takeaway.com, an online food order and delivery service listed on the London Stock Exchange.

Through the app, users will now be able to order on-demand delivery from 15 of the LCBO’s stores.

For consumers, this sounds convenient. But an entire industry of bars, restaurants, importers, and local makers, are dubbing the partnership ‘disgraceful,’ ‘a slap in the face.”

For background, the LCBO fully regulates and operates the province’s beverage market, acting as a monopolized control system. All alcohol in the province—whether made at a brewpub or local winery, or brought in via small import agency—goes through the LCBO.

Under the 93-year-old legislation, everyone pays the same price for bottles, whether they are an average shopper or a restaurant. (The norm across the world is to allow restaurants and bars to purchase wholesale alcohol, allowing for small businesses to generate higher profit margins.)

The problem is, a partnership like this places a government-lead liquor monopoly in direct competition with independently-owned restaurants and bars who are struggling to stay alive amidst a catastrophic year.

According to local 680NEWS, The Beer Store (the beer equivalent of the LCBO’s wine and spirits retail outlet) was offered a similar deal with Skip The Dishes but decided to “pause out of respect to local restaurants and small business.”

Until Covid-19 set into motion laxed laws allowing restaurants to operate as bottle shops and sell wine and spirits with food, the LCBO was also the only place to purchase alcohol in the province. Now, restaurants and bars can sell cans and bottles (with purchase of food) and operate as stand-alone bottle shops.

But the LCBO makes a profit on everything, even local beer sold directly from the brewery, or private-order wines imported from around the world.

That said, the LCBO, a government-led, for-profit control board, should not be competing against the private sector.

With bars and restaurants suffering, it’s almost offensive for them to expand their monopoly presence, especially into a competitive retail market where small businesses are fighting to stay alive and are desperately asking the government for help. It’s a conflict of interest, a play to fill pockets of companies thriving in the pandemic.

Mayor John Tory spoke to local news station CP24 Sunday morning, saying the timing of the deal “could be better.”

“The move that the province made in the pandemic to allow restaurants to have people take away a bottle of wine that they bought at the restaurant,” he continued. “I think that was a very positive thing.”

The partnership is particularly maiming considering while restaurants and bars are struggling to stay open, “The LCBO saw an increase in sales across most channels in the month of March, with sales up significantly over comparable days last year,” said the Crown agency’s director of communications Amy Waters, in a statement to The Toronto Star.

As Toronto importer and bar Bar Volo puts via Instagram, the government is “undercutting restaurants trying to survive just off food delivery apps during a lockdown. Why are we always at a competitive disadvantage? LCBO sales are higher than ever and the entire restaurant industry is dying.”

Boycotts of “Skip the LCBO” rang out on social media.

With the SkipTheDishes and LCBO collaboration, restaurants will still have to pay between 15 and 30% of all sales, including alcohol purchased at the LCBO, to the delivery app.

So how can the government truly support the industry? Implementing wholesale pricing.

Long instilled with Prohibition-era ideologies, Ontario is one of the only markets in the world that does not offer licensees and importers access to wholesale pricing. Under this archaic system, restaurants are paying the same price for bottles as the average consumer.

Other government systems, including Alberta and most of the United States, offer restaurants wholesale pricing for restaurants and bars—helping small businesses to lower liquor costs and increase profit margins.

Revel Cider noted that when a licensee buys cider or non-VQA wine from an Ontario producer, the LCBO takes 40% of that sale, regardless of whether the product is stocked in LCBO warehouses or sold on LCBO shelves. “We would be able to offer much better prices to licensees if this wasn’t the case.”

Why would a restaurant or consumer pay that mark-up when they can buy a higher-end bottle from Europe, or a bottle from a massive American producer, for that price?

Consider that Ontario’s laws are almost a decade old, dating back to 1927 when Ontario emerged from prohibition. Tight new temperance-touting restrictions on purchasing alcohol were put in place, designed to stomp out competitive pricing, collect tax revenue, limit tied-house plays and unfettered liquor sales. These laws, as legislators declared, would cut back rates of crime, alcoholism, and other gin-fueled chaos.

(Alberta was the first Canadian province to privatize liquor retailing in 1993. Not one report of gin-fueled chaos was filed.)

But in a digital-first world where bars and restaurants are depending on liquor and wine sales to keep the light on ‘til vaccines arrive, the laws are glaringly antiquated. Partnerships in Ontario like Skip The Dishes and the LCBO are tone-deaf, a slap in the face to an industry begging for government aid.

Over the pandemic, archaic alcohol regulations both in Canada and the United States have become a blatant problem. Government control boards have always been a burden on small producers, retailers, restaurants, and bars: small producers have to navigate shipping restrictions, levies and tariffs on imports, and a host of other prohibition-era red-tape designed to keep drinking-related problems to a minimum.

In the US we spoke recently about how the three-tier system is crippling the craft spirits industry in the US. It’s clear from this new partnership with Skip The Dishes and what’s happening in the craft industry South of the border that over the pandemic, government-led control boards have become not just an inconvenience, but the nail in a casket of an endangered industry.

Update: Shortly after this story ran, the Ontario government paused the LCBO’s partnership with Skip The Dishes.

Dow Jumps 800 Points, Stocks Snap Three-Week Losing Streak After Inflation Expectations Ease
Actress Kate Walsh Is Taking Governments To Task For Their Role In Marine Degradation
Hawaii vacation news: Win a trip to Hawaii + Save on Flights
Could your flight be cancelled? Check our timeline of summer strikes and disruption
United Airlines will cut 12% of Newark flights in effort to tame delays