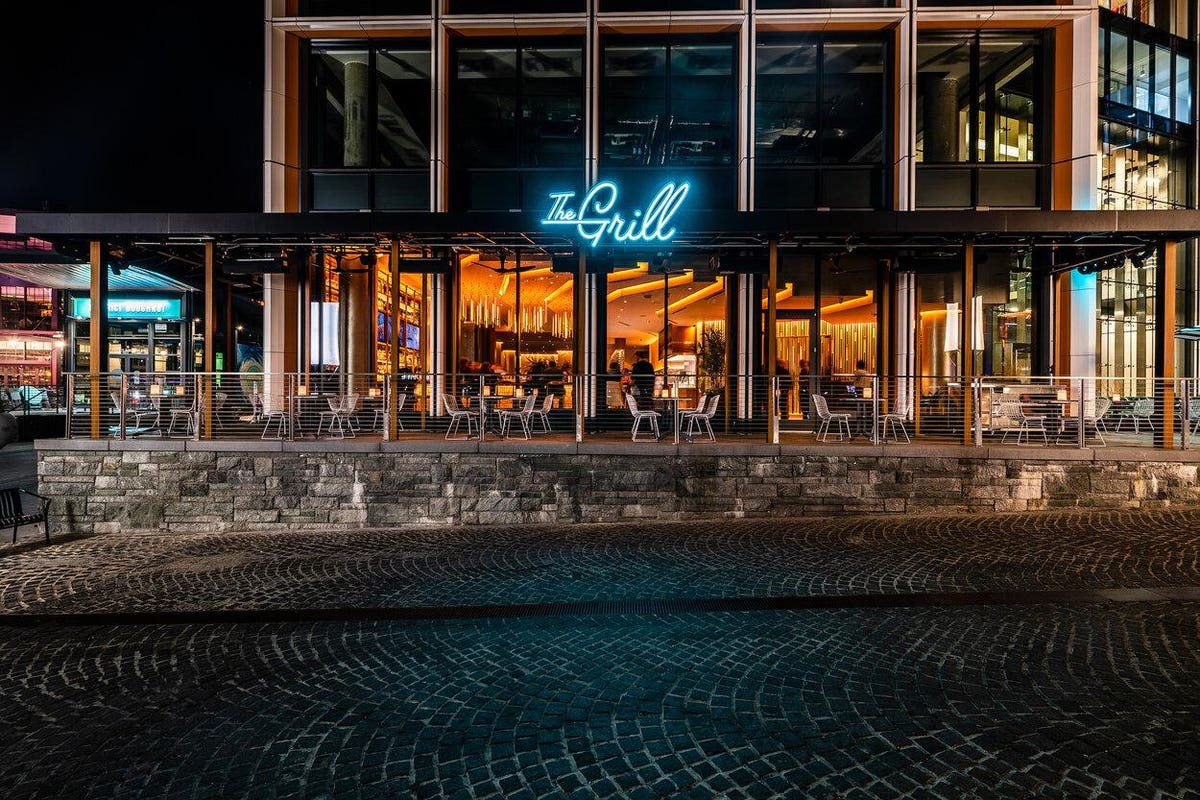 For most owners, running one restaurant requires full concentration, marketing expertise, and hospitality savvy. But developing five independent restaurants with different specialties and then adding several new ones in one year would be daunting for most firms.

But don’t tell that to Jason Berry and Michael Reginbegin who operate KNEAD Hospitality + Design.com, their Washington, D.C.-based boutique restaurant and design firm.

Berry and Reginbegin create the concepts first and then seek out chefs that can execute the cuisine. Twelve of its restaurants will be located in Washington, D.C. with one each in Maryland and Virginia.

The four eateries already up and running are: Succotash National Harbor, Mi Vida, The Grill and Gatsby’s. It also partners with an existing brand, the bakery Mah-Ze-Dahr, run by Umber Ahmed, a James Beard Award nominee.

Berry acknowledges that “Our plan was to grow a restaurant company. We never wanted to pigeonhole ourselves into only doing Southern restaurants.”

Berry describes how it conceives a restaurant as taking in several factors, including “the location, the demographics and the competition.” When they wanted to open a restaurant in the Wharf complex in Washington, D.C., it already contained a Mexican eatery and a steakhouse, so they needed to embark on something different.

They devised a Southern reimagined food concept at Succotash National Harbor and recruited chef Edward Lee, a James Beard Award winner, who was running a restaurant in Kentucky He gained equity in the restaurant, was given a bonus, and the timing was right for him to try Washington, D.C,  explains Berry. Five years later, and chef Lee is still on board.

In addition, they recruited chef Roberto Santibanex, who serves as culinary director of Mi Vida and The Grill. Berry calls the Grill, “steakhouse that isn’t a steakhouse, with a South Beach feel that appeals to females and isn’t clubby.”

During the pandemic, “fewer people want to spend $100 on dinner, but they’re more open to spending $25 on brunch or having Thanksgiving dinner from a Southern restaurant on an outdoor patio, or more apt for a happy hour at The Wharf complex,” he explains.

Berry says the restaurants have been capitalized by “reinvestment by KNEAD in addition to outside investors and some bank debt, but we’re not partnering with private equity yet.”

Berry and Reginborn have the right pedigree to operate this bevy of concepts. Berry served as COO at Rosa Mexicana, which grew from four units to 19 locations, and Reginbogin managed TAO New York, one of the most successful restaurants in the city.

As Berry describes it, sometimes opportunity knocks on their door. The quick-service eateries that it’s developing, a departure from the upscale dining options, happened when a United Kingdom golf entertainment company, partnered with them, in Washington. D.C.

Quick-service appealed to them “because there are plenty of people who don’t want to spend $40 to $50 a person for a meal,” Berry says. Look at the success of quick-service eateries such as Chipotle, Dos Toros and Los Tacos #1, he adds.

Moreover, he says they’re easier to run because “you don’t have to deal with front of the house, no servers or bartenders, no runners.”

To adjust to the pandemic, Berry says, that “We will be setting aside more space for takeout and delivery as we believe that this revenue center will continue to evolve.”

All of its eateries offer mobile ordering, traditional delivery, and future date takeout delivery. It works with Tock, an in-restaurant and takeout system, and Toast, its POS (Point of service) provider, and third-party deliverers Uber Eats, Caviar, Doordash and Postmates.

Berry acknowledges that “The pandemic has been challenging, and it felt, as first, as if the world was over. The government helped with its PPP loans.”

But its restaurants are mostly located on the water, with big patios and decks, “and people feel safe in our restaurants,” he says. “Secondly, we communicated about PPE and followed the rules fiercely.”

Keeping his staff motivated is critical to retention. “We don’t lose many people, but if you can’t promote people, they’ll go somewhere else,” Berry cites.

Despite the pandemic, Berry is optimistic about the future of his stable of eateries. “People have to eat, and the world will return. Just as the Roaring 20’s replaced the 1918 flu epidemic, people are ready to dine out and start socializing again,” he says.