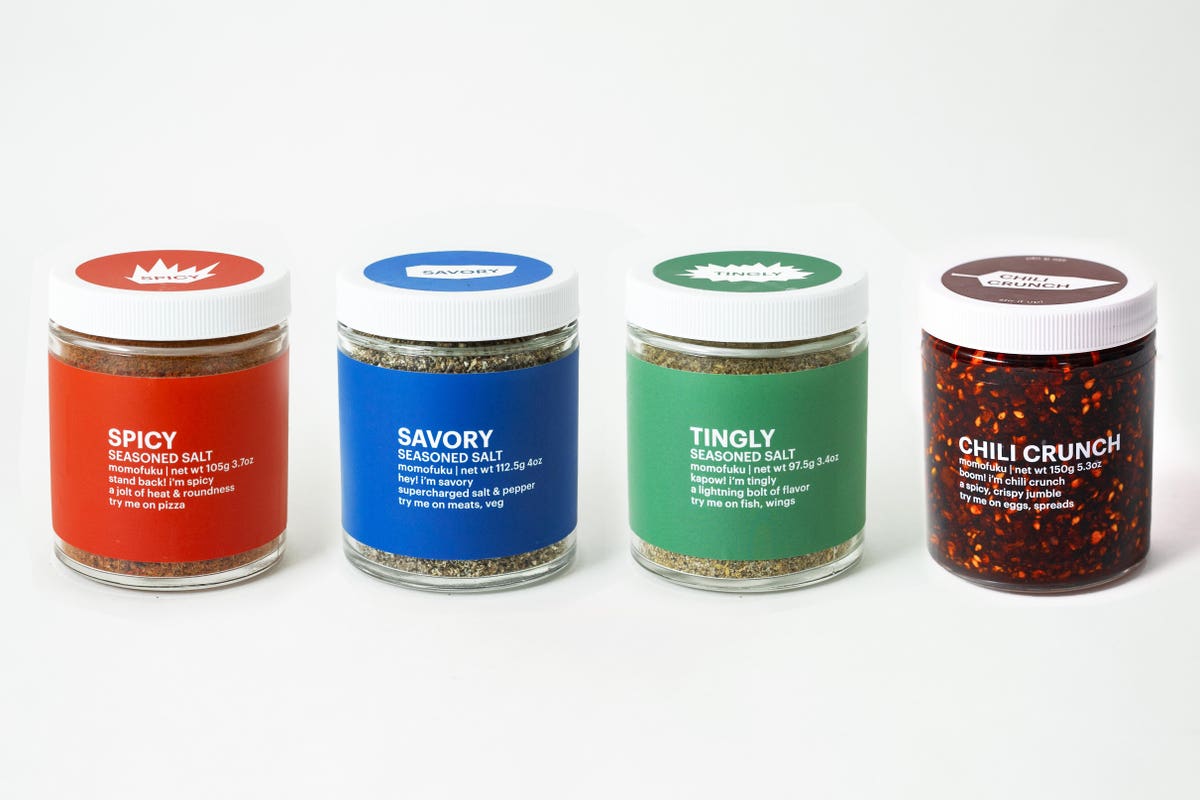 Momofuku didn’t invent the pandemic pantry pivot, but that isn’t stopping the trendy eatery from mastering the shift in an otherwise terrible year for restaurants.

CEO Marguerite Mariscal launched a line of chef-approved essentials like soy sauce and a wildly popular chili crunch in October, a project she had been working on for well over a year. It’s already paying off dividends. All eight products, priced between $10 and $20, have sold out at least once (some more) on Momofuku’s website. Waitlists number in the tens of thousands; a third of the company’s packaged goods sales have come from preorders for product drops.

“We’re only creating products that we would sell in our restaurants that we’re standing behind and we’re 100% endorsing,” Mariscal, 31, said in an interview on Instagram this week with Forbes. “We use that same kind of crucible for everything we do—by diversifying and not just being a restaurant group but being a company where you can go there and we’ll also meet you at home or meet you wherever you are.”

It’s the kind of thinking that made Mariscal Momofuku’s first official CEO in 2019 at just 29 years old, when founder David Chang stepped away to have a baby and focus on developing shows with Netflix. Momofuku created the position for the New York native and member of the city’s iconic Zabar’s family, who started at the restaurant as an intern in 2011.

“Dave wants me to basically be a custodian of change. He wants to make sure that I’m the person who is making sure that we’re moving forward,” Mariscal told Forbes in 2019.

No surprise then that the success of the pantry line has Mariscal eyeing more mainstream projects, working to bring Momofuku’s signature pork buns into the frozen aisles of grocery stores and developing a line of instant ramen.

“There’s just incredible products out there,” Mariscal said. “It’s not even reinventing the wheel. It’s how do you make this thing that you know works in another country or works in a specific demo and then find a way to broaden that reach.”

So, the chili crunch restocks will keep coming. The restaurant industry has been facing increasing food prices and decreasing margins for years, but the pandemic exacerbated these pressure points and has made operations as they were now untenable. Momofuku closed two locations permanently this year. Many restaurants have turned to packaged products—a sort of silver lining—as stay-at-home orders and closed restaurants pushed their businesses into crisis. Levain Bakery’s iconic cookies now sell in the frozen aisles of Whole Foods, while famed Chef Stephanie Izard pivoted to This Little Goat, a product line of globally inspired sauces and spices.

The difference for Momofuku is in its tactics: small-batch releases and surprise product drops. It’s a classic model that alcohol and fashion brands like Pappy Van Winkle and Supreme have perfected over the years to create buzz. Now, the frenzy has moved online.

The main reason it has worked, Mariscal said, is because Momofuku has always had a reach farther than the neighborhoods it’s located in. Ninety percent of Chang’s 1.6 million Instagram followers and 75% of Momofuku’s 537,000 followers do not live in cities with a Momofuku restaurant. It has developed a newsletter to share recipes and dishes and showcase behind-the-scenes moments. Its online cooking classes have attracted audience members from 37 states to learn how to make Momofuku mainstays such as the Noodle Bar’s fried chicken, kimbap and steamed pork buns. The company’s buns and bo ssäm are also shipping nationwide via Goldbelly, a gourmet mail-order food delivery service.

The future of restaurants lies in this diversification, Mariscal said.

“It might actually be the way for restaurants to survive,” she said. “Let’s be a company that has media, that has content, that has restaurants and products that all abide by our standards.” That’s how the company can maintain a human element.

“How we connect with people has changed, but the goal has not.”