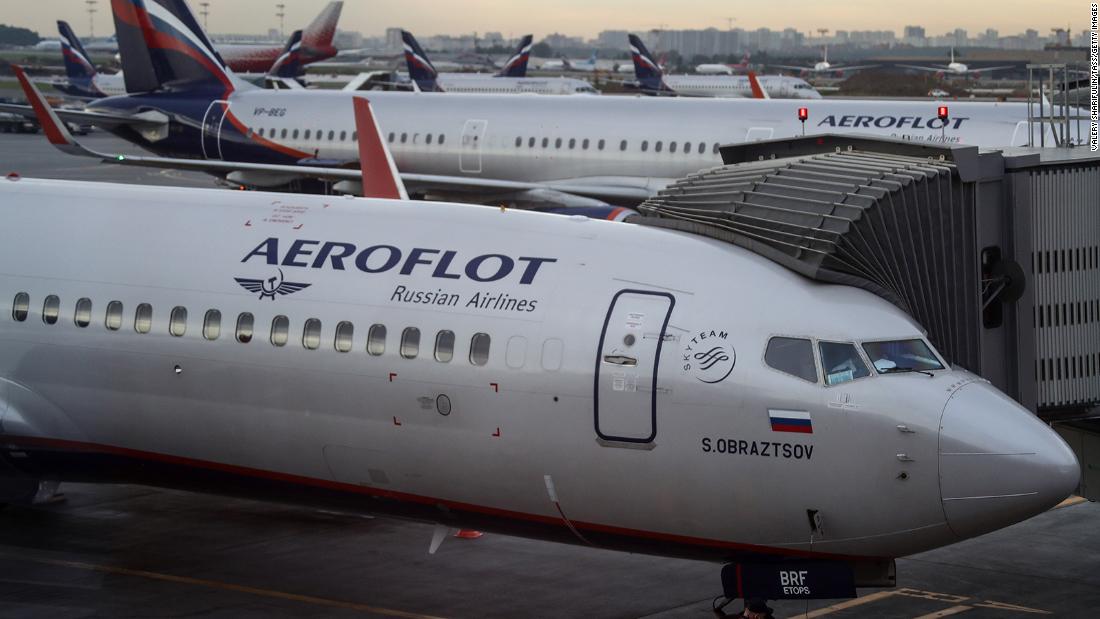 “It is critically important for us to ensure the safety of all passengers,” Yulia Spivakova, a spokeswoman for the airline, said in a statement.

Aeroflot, which is Russia’s largest airline and national flag carrier, has a policy that travelers must wear masks while boarding and while on the plane, unless they are eating, drinking or changing masks.

However, it seems that some passengers are not obeying these guidelines. And because a plane can’t just stop in midair and kick out an offending passenger, Aeroflot has designated certain seats on each flight for travelers who cannot or will not follow the mask policy.

“[This] does not exclude the application of other measures of liability for violation of the rules for the use of personal protective equipment on board,” Spivakova added.

Mask wearing policies on planes vary throughout the world and individual carriers often make their own rules. Much of the burden on enforcing these policies is passed onto flight attendants.

Russia is not the only country where mask regulations on board airplanes has become an issue.

In the United States, several high-profile incidents have occurred on flights where passengers refused to wear masks. In July 2020, a Southwest Airlines flight returned to the gate at Denver International Airport when a scuffle took place between several passengers, one of whom claimed it was their “Constitutional right” not to wear one.
As of August of this year, Delta Air Lines announced that it had instituted nearly 250 lifetime bans on travelers who had refused to mask up.

Aeroflot has not announced whether it will implement long-term bans or other punishments for passengers who refuse to keep their masks on throughout the flight. But isolating them to a specific section of the plane may somewhat reduce the likelihood that an un-masked traveler could pass the coronavirus on to one of their seatmates.

SELFIE WITH KANYE
Andrew Zimmern’s Brunswick Stew Recipe | Bizarre Foods With Andrew Zimmern | Travel Channel
Athens: What NOT to do in Athens, Greece
Aloha Friday Photo: #ThatAlohaFeeling
Current Foods Raises $18 Million To Accelerate The Expansion Of The ‘Beyond Meat Of Seafood’ Across B2B And Retail