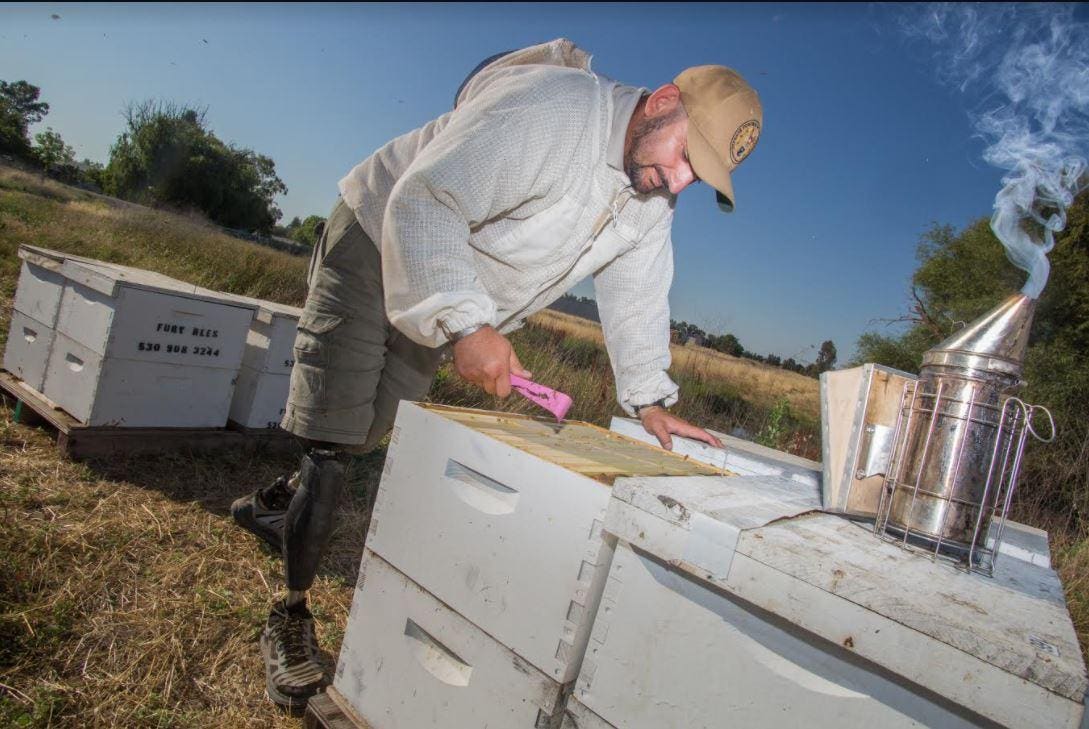 The Farmer/Veteran Coalition (FVC), a non-profit dedicated to helping veterans and active duty members of the Armed Forces embark on careers in agriculture, is one of 12 programs receiving a grant from the Wounded Warrior Project (WWP).

The grant from the WWP will be helping to support the Farmer Veteran Fellowship Fund which the FVC uses to help purchase farming equipment for veterans in the early stages of their agriculture careers. Since start-up costs in the farming industry are high, these funds are able to make the a significant impact lowering the barriers to entry. Additionally, the purchase of equipment gives those with physical limitations the ability to do work on their farms that they would otherwise might be prohibited from doing.

The median age of American farmers is almost 60 and is continuing to rise. U.S. farmers over the age of 55 also control more than half the country’s farmland while those 35 and younger only make up 9% of those in the occupation. Thankfully for the industry, veterans are continuing to take up much of the rein. According to the United States Department of Agriculture’s (USDA) 2017 Census of Agriculture, over 370,000 veterans of all age groups and service years, have made the transition to farming. Now, says the U.S. Census Bureau, a larger percent of veterans live in rural America than members of the general public.

To facilitate the increased interest in vets pursuing agriculture, the Army has even begun to offer many career-training opportunities through its Career Skills Program (CSP) for soldiers who are in the process of leaving the service. Those who are within 180 days of their separation date can receive permissive temporary duty orders to attend training to learn agricultural skills, as well as welding, truck driving, and business management.

The farmer/veteran movement got a tremendous boost with the 2014 Farm Bill. Under the Farm Bill, for the first time the USDA designated veterans as a distinct class of beginning farmers, allowing them access to low-interest rate loans to buy animals and equipment.

Many veterans say that farming provides the kind of mission-oriented work that they found satisfying while in the military. Additionally, they have found that it offers them a sense of purpose, opportunity and physical and psychological benefits.

“The camaraderie you lose when you exit the military, you gain that through FVC,” says FVC member Davon Goodwin of North Carolina, who was injured in Afghanistan in 2010. After that accident, Goodwin changed gears and began pursuing a PhD in Botany. “When I got on the farm I felt reinvigorated, I felt life. I felt like there was a connection between humans and soil. When I put my hands in the dirt, it changed me.”

In 2017, the VA published a study in Physical Medicine and Rehabilitation illustrating the potential agriculture has in the assistance to the health of veterans. Researchers found that those who participated in veteran-oriented farm-to-market community agricultural initiatives reported improvements in the physical and mental health factors that impact veteran reintegration.

How to spend a short break in Sardinia
Vengeful Spirit Causes Homeowner’s Uncontrollable Rage | The Dead Files | Travel Channel
What sitting in economy on Qantas’ 20-hour flights will be like
MY EARLY BIRTHDAY MEAL
Congrats, Clif Bar! Its Sale To Mondelez Boosts Our View That This Is ‘The ESOP Decade’