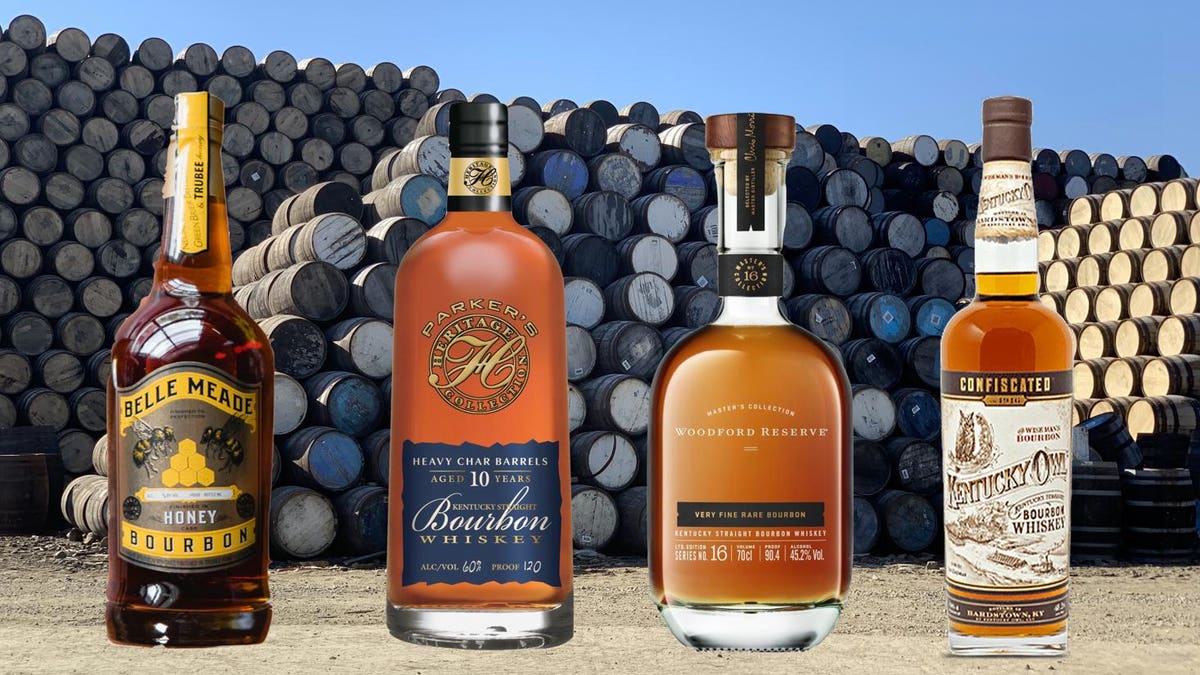 Although 2020 was marked by unprecedented challenges, there is at least one segment of the economy that shows no signs of slowing: luxury liquor. It shouldn’t come as a surprise. According to a recent study by IWSR Drinks Market Analysis, “status spirits”—that is, bottles that retail at $100 and up—are historically resilient in the face of broader financial uncertainty.

All this is to say we’ve seen no shortage of high-end releases over the past 12 months. Of course, just because something costs a pretty penny doesn’t mean it’s worth the same. 2020 was also rife with overpriced stinkers. We’re not going to name names. We’re just here to steer you to the good stuff; if you’ve got the money to spend, we’ve got the bottles for you to buy—as gifts or maybe even as a super special treat to yourself. You deserve it after a year like this. And if you’re working with a more modest budget, don’t worry. We’ve got you covered there, as well.

This full-flavored barrel-proof offering is actually three separate releases. The trio of batches was assembled by Master Taster Jackie Zykan to commemorate the brand’s century-and-a-half mark earlier this autumn. The first is described as a “fruit bomb”, the second is darker and drier, and the third benefits from notes of brown sugar and peppercorn spice. It was initially intended to sell for $150 a bottle. But as with most of the entries on this list, there exists a wide gap between the suggested retail price and what it currently commands on shelves.

A followup to its 2019 debut, this one wears a 15 year age statement and even incorporates some Tennessee and Indiana-sourced bourbons with up to 17 years of maturity. Hints of herbal spice here come courtesy of an extended finish in staves that were air-seasoned for half a decade. And this is one you can actually still find close to its original asking price.

No, that price tag is not a typo despite its initial SRP of $1000. The Kentucky-based luxury brand has released this expression—the oldest age statement in its entire stable—on just three occasions throughout the past dozen years. The latest iteration unleashes a torrent of molasses and butterscotch that takes its sweet time on the tongue. For an American whiskey of this age, it strikes a near-supernatural balance with the oak, embodying admirable gentility in a 116.2-proof dram.

So, you think Pappy Van Winkle is a big deal? Well this ultra-rarity from the same distillery makes Pappy 23 seem downright attainable by comparison. Only the fourth vintage ever, this one was laid down a quarter of a century ago in Frankfort, Kentucky. It’s a menagerie of dark fruit and cacao on the palate, yielding to lingering leather in the finish. Only 2,500 total bottles were sent to retailers earlier this month. Most of them will mark it up considerably before you even get a glimpse. The 1994 vintage is already fetching more than $12,000 a bottle in certain (reviled) corners of the internet.

A truly unique sipping experience is afforded by this cultishly-revered annual release. Assuming that you can afford it. The best casks in any warehouse are affectionately referred to as ‘honey barrels.’ This Nashville, Tennessee-based operation takes the term literally, lending out its finest cooperage to local beekeepers to be filled with high-quality honey. After its dumped, the barrels return to finish the finest 11-year-old bourbon in stock. Offered once-a-year as a barrel-strength distillery exclusive, fans line up overnight for the opportunity to purchase it at cost. If you want it right now, however, it’ll cost you about $3000 more to have it delivered to your door.

Big, bold, and unapologetic, this 120-proof gem glistens with dark cherry, chocolate, and barrel spice. In the 14th edition of the annual Heaven Hill fan favorite, the distillery has again dialed up the char level of its aging vessels—as it did in last year’s Heavy Char Rye. The house style is typically left at level 3, but this utilizes a level 5, sussing out more of those roasty, toasty tonalities that bourbon lovers tend to adore.

Woodford’s Master’s Collection is an annual vehicle used by whiskey-maker Chris Morris to flex his experimental tendencies. In the past it has resulted in funky wine barrel finishes as well as mashbill and malt-roasting manipulations. This time it’s all about age, with the master distiller working his most mature stock into the final blend—up to 17 years old. It flirts with clove and citrus zest before detouring towards an oaky endgame. As with most things Woodford, it never goes over-the-top in any one direction. So if you like the house flagship, you will love everything about this one-off variation.

Dixon Dedman has been professionally blending American whiskey for just over six years. In that brief time he’s made quite a splash on the scene, resuscitating a brand started by his great-great-grandfather in 1879 and securing its status as a cult classic for the modern era. It’s not everyone who can sling a $1000 bottle of bourbon at retail without incurring tremendous backlash. He did just that with his Dry State release earlier this year. But for the price, we prefer this ‘everyday’ sipper. Sweet and floral with supple notes of orchard fruit, it’s a perennial go-to amongst top-shelf tipplers.

Current Foods Raises $18 Million To Accelerate The Expansion Of The ‘Beyond Meat Of Seafood’ Across B2B And Retail
Boeing delivers 35 planes in May as it grapples with supply chain problems
Grace Hotel, Auberge Resorts Collection is Home to the Best New Restaurant in Greece
SELFIE WITH KANYE
United Airlines will cut 12% of Newark flights in effort to tame delays