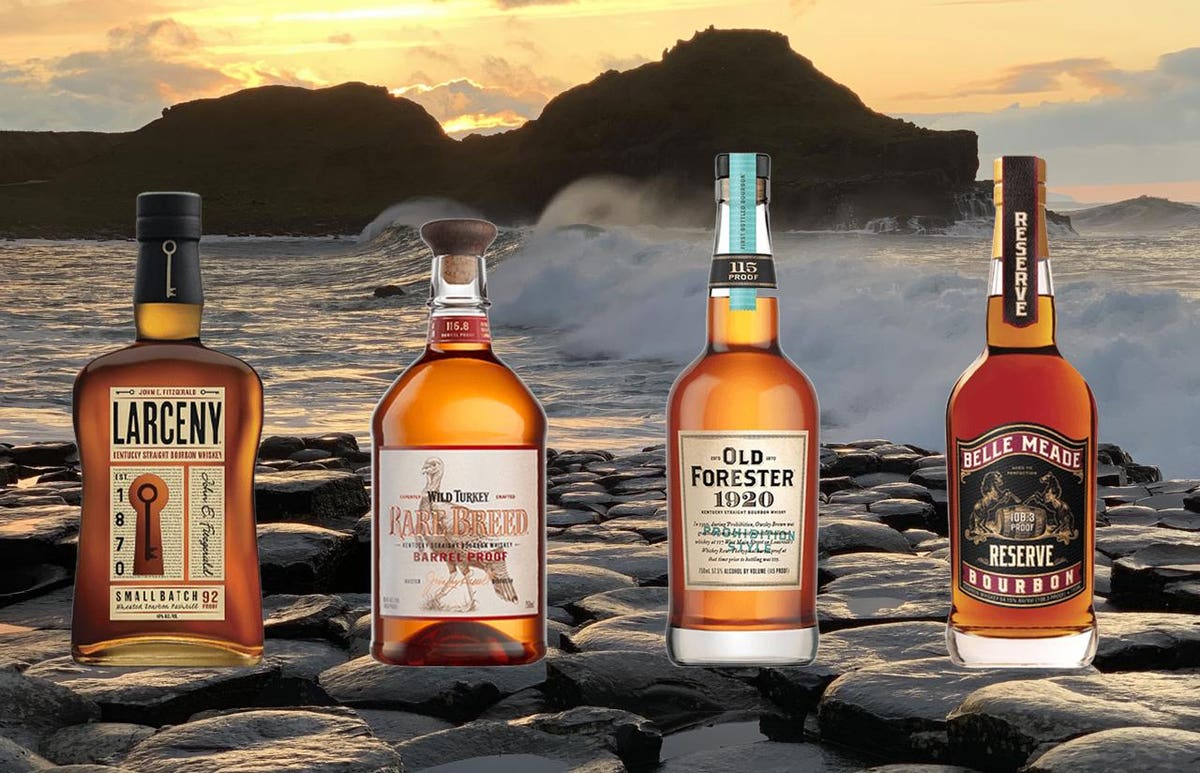 Okay, here’s the deal. We’ve talked at length this year about the incredible bargains that exist in the bourbon category. It’s not just me saying it, but a whole bevy of industry professionals. At the risk of sounding repetitive: you don’t need to spend more than $25 to snag some sensational American whiskey. However, if your goal is to truly impress a bourbon lover in your life this holiday season, aim a little higher. Below are a collection of bottles, all south of the century mark, that will be appreciated—and promptly consumed—by any self-styled connoisseur. And they’re all relatively easy to find, either at your local liquor store or through online retailers. So congratulations, shopping season should now be a breeze.

This one never collects dust on the shelf. Larceny holds myriad hallmarks to make bourbon geeks swoon: it boasts a wheated mashbill, is tangentially related to a highly sough after luxury label (Old Fitzgerald) and weighs in with a respectable proof of 92. It’s also just a darn fine everyday sipping whiskey. And if you can get your hands on its more expensive barrel proof sibling, by all means, pull the trigger.

A barrel strength blend of whiskies between 6 and 12 years in age, this is a bold and beautiful expression of oak, spice and everything nice. A high corn mashbill equates to well-rounded drinkability despite the boozy heat inherent to a 117-proof behemoth. In other words, don’t be scared. Be still, your heart.

Earlier this year Aaron Goldfarb, award winning author of Hacking Whiskey, cited this bottle as the most underrated whiskey—in any category. In his words: “Damn if 1920 is not one of the richest, most nuanced and complex, and downright delicious bourbons out there. It is absolutely better than many of the ‘allocated’ products you’ll never see on shelves—including the brand’s own limited edition Birthday Bourbon.”

Nelson’s Green Brier Distillery out of Nashville, Tennessee is consistently bottling some of the finer expressions of craft American whiskey on the market today. Their Belle Meade line is primarily sourced from MGP in Indiana, but this particular bottling sings with a soul all its own. In fact, the entire drinking experience is a compelling study in contradiction. Rye-forward on the palate, it finishes with bursts of vanilla and cinnamon spice; high octane at 108.3-proof, it remains eminently sippable.

Uncut, unfiltered, small batch; these are the selling points of Booker’s—a perennial crowdpleaser that Jim Beam releases several times per year. The most recent drop, affectionately known as ‘Pigskin Batch’, is aged for 6 years, 7 months, and 7 days. But who’s counting, right? Well, bourbon lovers, for one. And they are indelibly impressed with this high-proof spice bomb. And, yes, despite the swelling popularity of this series, if you are seeing it on shelves priced over $100, you are being overcharged.

One of the more obscure offerings on this list, this silent stunner still managed to take home a double gold at this year’s San Francisco World Spirits Competition. How? Because it’s a delicious blend of 3 bourbon mash bills, each aged a minimum of three years, singing with citrus zest and finishing with just a whisper of barbecue smoke.

This Texas-based operation bottles its juice in elegant, rounded decanters that wouldn’t feel out of place in a Parisian perfumery. But the style and grace here is hardly limited to the packaging. What pours out is a complex blend of liquids from Texas and Tennessee, arranged with purpose, to accentuate a fruit-and-spice-backed structure.

Yes, it’s an allocated offering from Buffalo Trace. And some of the variants from this label are every bit as in-demand as Pappy and Weller. But this one is still attainable at just under the $100 mark—for now. It sings with brown sugar, dark cherries and an alluring creaminess to the mouthfeel. If you see it, grab it now and ask questions later.

The world’s most liveable cities for 2022
The Omni Hilton Head Oceanfront Resort Offers A True Escape
What sitting in economy on Qantas’ 20-hour flights will be like
Food And Beverage Inflation, Antici-Flation, Shrink-Flation: Who’s Winning And Losing?
Current Foods Raises $18 Million To Accelerate The Expansion Of The ‘Beyond Meat Of Seafood’ Across B2B And Retail