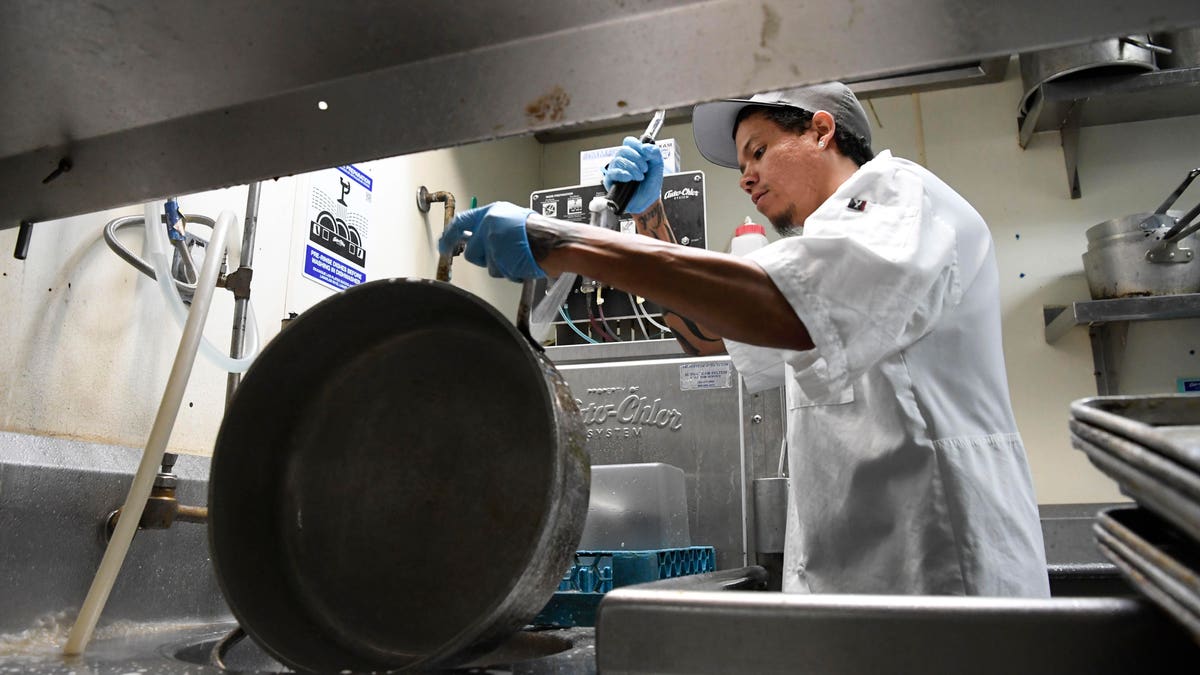 The Department of Labor on Tuesday issued final regulations changing how tipped workers are paid, which includes a controversial provision allowing back-of-house staffers, such as cooks and dishwashers, to be added to tip pools.

The expansion of tipping pools is meant to address the wage disparities between servers and other kitchen staff, which has made it difficult in some states to find people to fill those back-of-house roles.

Employers are only allowed to expand their tip pools if they pay front-of-house workers minimum wage, instead of taking a tip credit that allows them to pay less and have tips to make up the difference.

Supervisors and managers are explicitly prohibited from keeping tips for any reason under the rules.

The idea was first proposed in 2018, but the regulations were formally submitted to the Federal Register Tuesday, and will take effect in 60 days.

$109 million. That’s how much money the Labor Department estimates will be shared between employees when back-of-house staffers are included in tip pools.

While the restaurant industry has applauded the rules, some worry employers may use a more expansive tip pool as an excuse to cut base wages for back-of-house staffers. In an FAQ about the new regulations, the Labor Department acknowledges “some employers could potentially offset some of the increase in total compensation received by back-of-the-house workers by reducing the direct wage that they pay those workers.”

“If the administration wanted to raise pay for back-of-the-house workers, they could have supported a minimum-wage increase,” Heidi Shierholz, a Labor Department economist during the Obama administration, told the Wall Street Journal.

What To Watch For

The incoming Biden administration could delay the regulations from taking effect or create new rules for tipped workers. The Biden transition team did not immediately respond to a request for comment from Forbes about the issue.