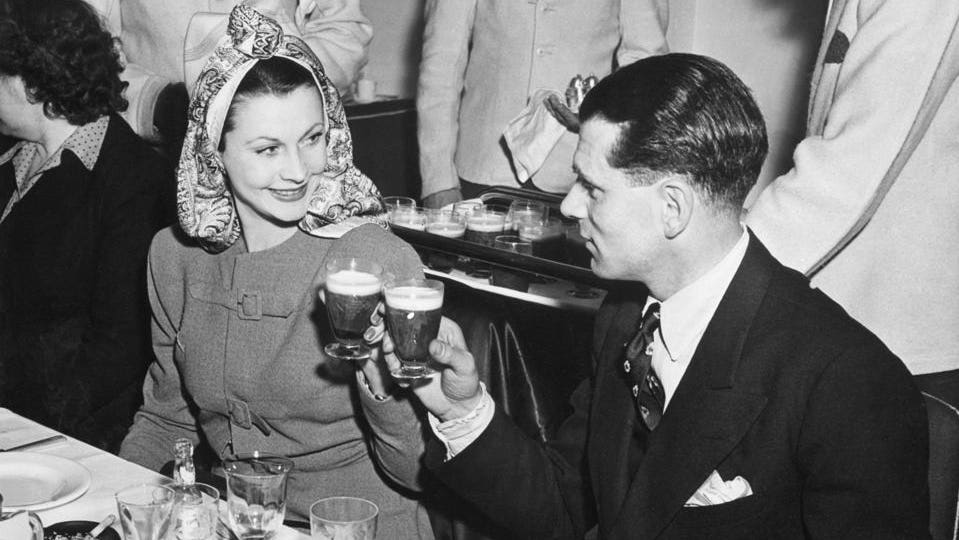 If I wasn’t so concerned about the potential liver diseases one could contract by way of excessive alcohol consumption, I’d be drinking Irish coffee several times a day, especially in the dead of winter—in addition to my usuals: Scotch, Cognac, and bourbon.

You see, I’ve always had a thing for Irish coffee. There’s something familiar and comforting about its boozy caffeine kick and creamy sugariness that makes me feel like everything’s going to be just dandy in the world—no matter how dreadful it may seem at the moment. And yes, I’m under no illusion that it’s a rather unconventional way to romanticize a cocktail—but that’s pretty much how it is with me. The heart wants what the heart wants.

The funny thing is, a delicious and well-prepared Irish coffee is nearly impossible to find—no matter how ubiquitous it is in New York City’s bar scene. And believe me, I’ve tried countless iterations in numerous upmarket and dingy sports bars alike (many of which are now shuttered, no thanks to COVID-19).

That, to me, is the most surprising thing of all: All things considered, the coffee-forward cocktail is supposedly easy to make. After all, it only requires four ingredients, not including garnishes (which usually involve either a fine dusting of grated nutmeg or even cocoa powder). So it “shouldn’t” be a great hardship to prepare. But alas, many versions don’t deserve to be in drink menus at all.

I’ve had some topped with whipped cream from a can (my personal no-go zone). Others are essentially lattes with a stiffer-than-usual cream topping and over-the-top garnishes such as candy canes, which, in my humble opinion, are more acceptable in hot chocolate—whether spiked or not. And the absolute worst I’ve ever had listed a generous pour of Kahlua (egads) in its recipe.

To be clear, I’m not saying the above iterations are wrong per se. They’re just not for me. And if I’m being honest, they’re abominations—to my palate. (But hey, if that’s your jam, don’t mind me.)

So during a trip to Ireland last year, I decided to drink as many Irish coffees as my constitution could handle. And I can report back to say that every single Irish coffee I tasted in the Emerald Isle was superb. So I took the opportunity to ask the barkeeps as many questions as they could tolerate from a nosy American: I was determined to unlock the secret, if any.

Turns out, every pub and bar had its own way of doing things: some used sugar cubes, some used dark roast coffee, and some used plain white sugar. A good friend who was with me at the time asked as well, and she was told that instant coffee was often used too. (That came as a surprise. But the results were delicious.)

But there was one thing every watering hole had in common. They all used something that sounded alien to me: pouring cream. We (technically) don’t have that Stateside—at least not ready-to-buy ones. And Bailey’s only recently released one in the United Kingdom this year. To the uninitiated, pouring cream is essentially lightly whipped heavy whipping cream—something that’s not quite fluffy or stiff as actual whipped cream. As its name implies, it needs to be “pourable.”

And since we’re all unable to fly to Europe anytime soon, I decided to ask for help on how to recreate my beloved Irish cocktail at home with the help of Michael Egan, Kilbeggan’s U.S. brand ambassador.

“There are a couple of crucial techniques one must have when crafting the perfect Irish coffee. I am not too fancy by any means, so I like to make mine the traditional way. First off, the ingredients are key: brown sugar, coffee of choice, Kilbeggan Irish whiskey, and cold heavy whipping cream. I also like to start out with a piping hot Irish coffee glass, so I’ll pour boiling water in and leave it rest for a minute,” says Egan. “I’ll then combine a tablespoon of brown sugar and my freshly brewed coffee in the glass. Stir to allow sugar dissolve. The next step is to add one and a half ounces of Irish whiskey. (I like to use Kilbeggan Original ($31) or Kilbeggan Single Grain ($29)—as the fruity notes in these whiskey’s stand up beautifully in the coffee.”

Now, the secret to perfect hand-whipped cream is surprisingly easy: Simply shake your heavy cream for 30 to 45 seconds in a shaker or squeeze bottle, until you feel it get heavier,” Egan continues. “To finish, I use a spoon and gently pour the freshly whipped cream over the coffee until reaching the brim of the glass. A small bit of grated nutmeg over the top of the cream adds flavor and is aesthetically very pleasing!”

**Brown Sugar Syrup: mix 2 parts brown sugar and 1 part water in a small pot over medium–high heat, bring to a simmer, and stir regularly until all sugar has dissolved. Remove from heat and allow to fully cool at room temperature and store in fridge for up to two weeks. (Optional: add 1 or 2 cinnamon sticks and/or a vanilla bean. Vanilla bean extract works just as well too. )

**Lightly Whipped Cream: The secret to perfect hand-whipped cream is using a squeeze bottle. Pour the heavy cream in the squeeze bottle and shake for approximately 30 to 45 seconds, until it feels thick and heavy in the bottle.

Method: Rinse coffee glass with hot water; then add brown sugar syrup and Kilbeggan Single Grain to glass. Fill mug with coffee. Stir. Pour lightly whipped cream on top, through the squeeze bottle and over the back of a spoon. Garnish with freshly grated nutmeg or cinnamon, if desired.