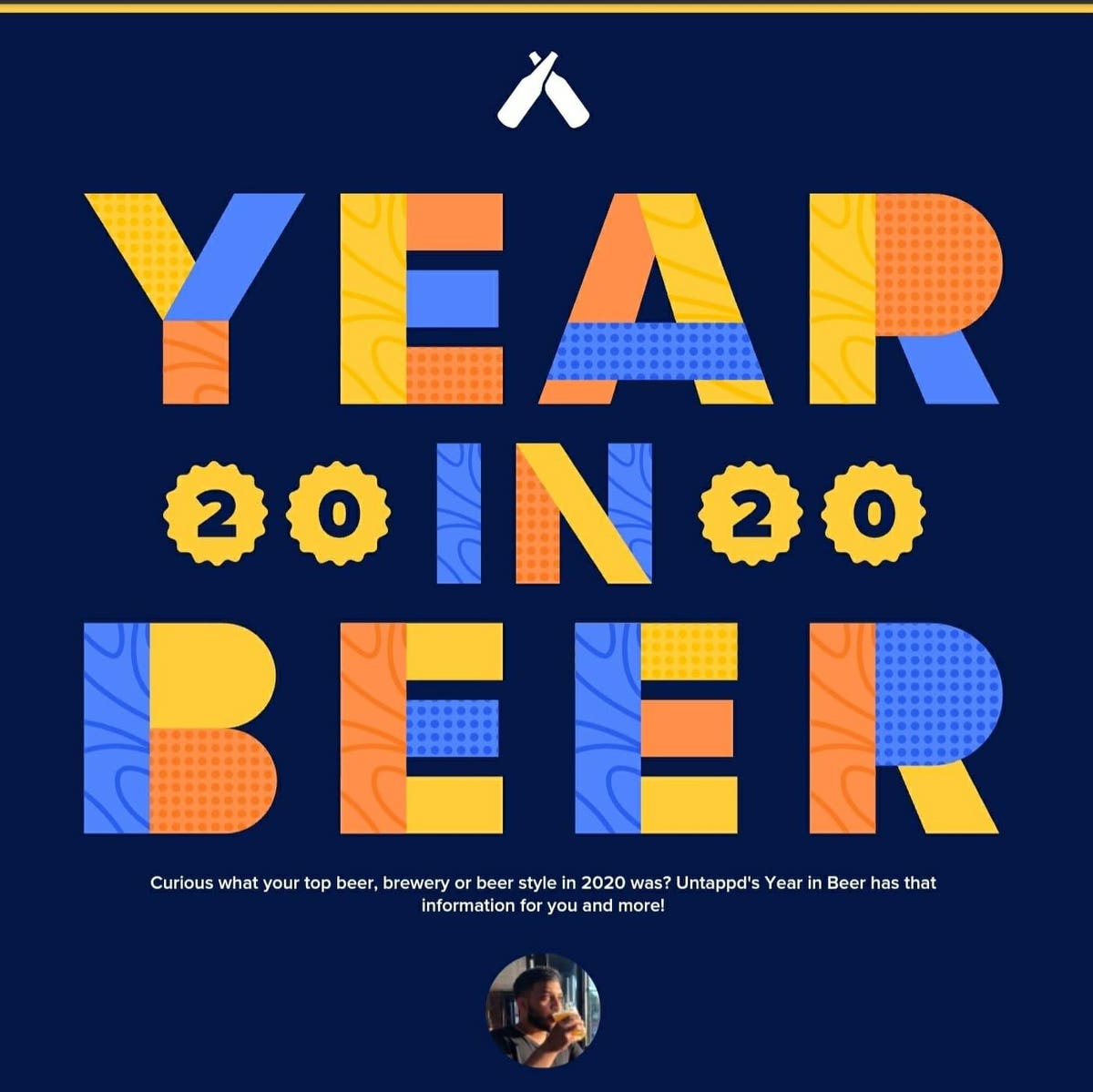 When I composed this article for the first time last year, it was written as a celebration of all the good people and memories of amazing beers I experienced in my craft beer career. In 2020, that doesn’t seem to have changed much, despite all of the difficult things happening in the world these days. This list remains a thank you to the friends that share their personal collections and cellars with me, those that send me beer from all around the country, and the many that help me get to the bottom of each can and bottle.

This year, the beers I’ve selected are marginally more locally focused than before, mostly due to the travel and dining restrictions put in place to prevent the spread of COVID-19. Still, the New York City craft beer scene continued to grow and expand this year, alongside distant breweries that recently began shipping beer to local bottle shops and bars. We have new breweries at our fingertips every week, and the city’s beer shelves have never looked better, despite the sidewalks becoming noticeably more empty.

In no particular order, here are the top beers I drank in 2020.

This beer, if you can still call it that, was a heavily fruited puree of flavors. The Veil says they used boysenberry, raspberry, and blackberry at a rate of almost three tons of fruit per batch. The sour component was well balanced against all of the natural sweetness of the berries and really accentuated the already tart fruits used in this beer. It’s the kind of sour beer that coats your glass and resembles a smoothie, and gives you the richness that would qualify it as one as well. While definitely more intense than their typical sour releases, it still managed to maintain harmony among all of the additions and natural flavors of brewing.

Among craft beer enthusiasts, Anchorage has easily earned a spot as one of the greatest dark beer producers in the country, and A Deal With The Devil is their most sought after series of beers. This beer is aged using Woodford Reserve Double Oak barrels, then blended with 24 month and 12 month old base barleywine that is transferred into fresh barrels halfway through aging. The result is a complex, bourbon soaked raisin flavor that sounds sweet, but remains far away from being cloying. Despite its intensity, the base barleywine never wavers, keeping a rich and full bodied caramel tone throughout. Thankfully, Tavour has really opened up Anchorage’s distribution in a way that not much else could have, allowing for these highly priced brews an exit from their frigid Alaskan home.

During this year’s various levels of quarantine, I found myself reaching for crisp, clean lagers and pilsners instead of my usual habit of richer, higher octane beers. Thankfully, Non Sequitur Beer Project, one of New York’s newest contract breweries, had the perfect pilsner to help suppress some end of summer blues. This beer is their first entry into the lager category and presents a floral, light, and grassy beginning that fades quickly into a saltine cracker body as it reaches the finish. It’s dry and clean in all the right places and has a well balanced hop bite that never takes away from its quenching attributes. If you’re looking for something easy to drink that isn’t boring, keep an eye out for Gage Siegel’s next lager or pilsner release.

Baladin has been one of the beer industry’s leading innovators and the godfather of Italian craft beer culture and Xyauyù is one of their greatest experiments. To replicate the delicate flavors in sherry and port wines, this beer undergoes macro-oxidation and has been aged for twelve months in Islay Scottish whisky barrels. While barrel aged beers are becoming increasingly common, to my knowledge, this is the only series of beers in the world that utilizes an oxidizing process for beer, as most brewers consider oxygen to be a undesirable element while making beer. The result of this innovative approach is a smooth, creamy, and peaty barleywine that gives you all the smokey of an Islay scotch and still retains the golden raisin finish, likely due to the slow oxidation process.

If you thought it was tough for businesses to survive during this pandemic, imagine the various difficulties that plagued Wild East’s opening in February 2020. While Brooklyn’s newest brewery did face adversity during their onset, the brews they make have really done a great job of showcasing their commitment to excellence. Moral Dilemma is certainly no exception, as it possesses a fantastic ability to express subtleties and maintain a full body, despite having a lower alcohol content than you’d expect for the style. The freshly emptied Taconic Distillery maple bourbon barrel pushes most of the flavor profile forward, feeding in dry oaky whiskey and a sappy light maple syrup that completely surrounds the palate. The stout underneath is just full enough to balance out the bourbon with some light creaminess and earthy chocolate. Overall, it’s a delightful beer and sets a high bar for a brewery that isn’t even a year old yet.

Other Half, Burial, J. Wakefield, Parish, & The Veil

This year, Other Half’s annual Green City Beer Festival had to be done a little differently due to the ongoing COVID-19 situation. Instead of a day-long celebration of all things IPA in Industry City, patrons were asked to buy a well decorated case of beer, full of collaborations with breweries from around the country. Additionally, Other Half ran a livestream on their YouTube page, loaded with informative interviews, comedy sketches, and even a wrestling match to recreate some of the lost experience. One of these beers was this outstanding five-way collaboration, loaded with Mosaic, Simcoe, Citra, Galaxy, Motueka, and Sabro hops. It had all the fruit juice flavor you can cram into a Double IPA and a significantly longer finish than most of its NEIPA competition. It felt neverending in the best possible way, as additional layers of fruits unveiled themselves as every second went by, reminiscent of the way an imperial stout might weigh on your palate long after it has been consumed. Needless to say, this beer makes me look forward to the return of the full Green City experience in 2021!

Tree House is no stranger to high praise beer lists such as this one, but usually the reasons are due to their IPAs or their milk stouts. I’m thrilled to relay that this barleywine is built just as thoughtfully and delicately as any of the offerings that have made the brewery explode in popularity in the last few years. Tree of Hope is a blend of two barrel aged barleywines, one of which was 22 months old and the other was 26 months old. This tactful combination of beers induced repeating layers of caramel, raisins, dry wood, and toffee. The extended barrel aging and blending lent a bourbon rich warmth that would be difficult to achieve with just a single one of the barrels. The finish is long lasting and full of sweet malt, vanilla, and a heat that adds to the balance of this beer.

Side Project began its life as a sudsy expression of Cory King’s love for oak, originally fostered through an appreciation of wine. Naturally, this passion and understanding of the art of aging has led to some of the finest wood rested beers made domestically, and this is highly apparent in his saisons and sours. This beer is a variant of Saison du Fermier, a wine barrel aged saison that began with a buttery body and ended on a spiced red wine note. This version added a ton of raspberry to the mix, in addition to a longer rest in the barrel. It presents a perfect balance between the jammy fruit, highly active red wine tannins, and the refreshing level of tartness. The finish is intense, with a huge fruity body, and remains much more dry than sweet or sour as it exits.

To celebrate WeldWerks’ fifth anniversary, they took the stout they made to commemorate their one year anniversary, Medianoche, and decided to elevate the already decadent beer to fit the occasion. But how do you beat a stout aged for ten months in Breckenridge bourbon barrels? Their brewing and celler team decided to hand select a few of the best barrels they had of Medianoche after aging them for an extended 18-22 months in freshly emptied 7-12 year old bourbon casks and then condition the beer on toasted coconut flakes, raw coconut chips, and finally toasted hazelnuts. This is easily one of the best dessert stouts I’ve had, evoking a sensation of Nutella, Cinnamon Toast Crunch cereal, and an added shot of bourbon for good measure. The tricky part of creating pastry stouts will always be to make sure your sweetness levels aren’t cloying, making the stout too sugary to enjoy in more than a five ounce pour size. WeldWorks passed that test with flying colors, and clearly showed how much they’ve grown since their inception.

Finally, to round out this list, I’d like to return to something more subtle and this dark lager collaboration from two of my favorite underdog brewers seems all too appropriate. Both Schilling and Threes have both made so many refreshing lagers, pilsners, and other classic styles this year, which stands in opposition to the craft beer industry’s never ending stream of New England IPAs. This beer tastes like a delicate, rich burst of Hershey’s kisses, followed by a touch of smoke, and finally ends on a semi-sweet woody barrel. The finish retains an extremely crispy and clean flavor that prepares you for the next sip. Both these breweries deserve another look next time you’re at your favorite bottle shop. You won’t be disappointed with the tremendous levels of quality both these breweries maintain, no matter the style.