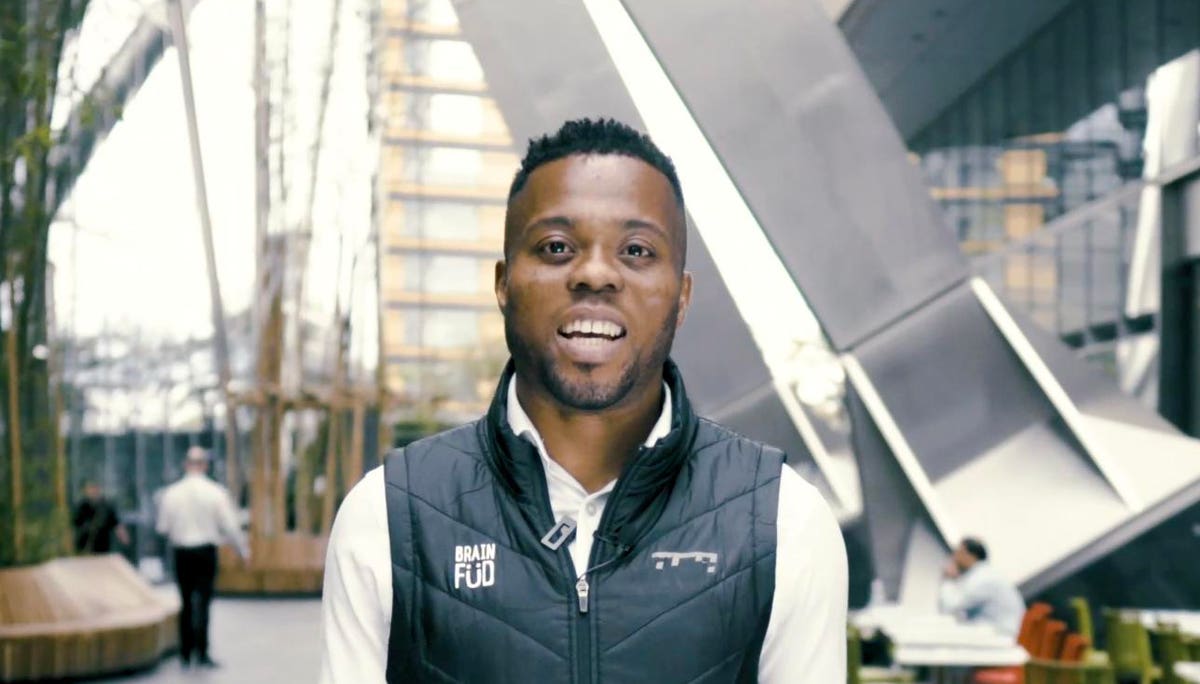 Sickle cell anemia is a genetic disease affecting red blood cells, which can cause symptoms such as chronic fatigue, organ failure, and episodes of extreme pain called crises. It is one of the most common hereditary diseases globally, most prevalent amongst people of African descent with 1 in 13 black or African-American children being born with the condition. One entrepreneur who has not only gone out of his way to spread information about the condition but also created a product that can help those suffering to get on with their lives is Philip Udeh, founder of Füd Vitamin Energy.

Udeh grew up in London, England. A sufferer of sickle cell anemia himself he endured several painful crises during his childhood. However, from his late teens, he did not suffer from the typical symptoms. He went out, lifted weights, and participated in most activities with no real side effects. However, whilst at University he suffered life-threatening kidney failure brought on by pneumonia and a severe crisis. Luckily he made a full recovery, but in his 30’s he started to notice that he wasn’t able to continue at this pace. Seeking a solution he started researching ways he could improve his health and implemented a plant-based diet, nutritional herbs, and physical activities including yoga and tai chi. The biggest respite came when he started making smoothies using natural ingredients such as Ginseng, Ashwagandha, and Spirulina. These smoothies had a profound impact on his well being and when looking at the energy drinks in the market he consistently came across products he could not consume such as Red Bull or Monster Energy Drinks. After asking friends if they knew of any healthy alternatives and getting them to try his smoothies he realized he was on to something. There was an underserved demand in today’s market beyond the sugary and artificially sweetened energy drinks.

Whilst Udeh was convinced his smoothies had a positive contribution to health and wellbeing he knew to make this a scalable business he had to ensure the formulation was right and it met all of the necessary legal requirements. He met a food technologist through “simply searching on Google one Sunday afternoon in my pajamas” he recalls. Soon after they met and worked together on creating a product that could be brought to market. In addition to formulation, he utilized numerous freelancers to help with branding and other tasks early on and “Whilst things were moving along I realized to make it work and take it to the next level it needed an injection of capital and to go full time” Udeh mentions.

Initially, he applied for an accelerator program, and whilst he got through to the final stages was rejected. He did not give up and through networking and putting himself out there came across an angel investor advisor, Andy Ayim who introduced him to Mandy Nyarko, founder of StartUp Discovery School who helped him with preparing and meeting angel investors. At a meeting organized a question Udeh received was “what would you do if you don’t get the money” and he responded that “I would refinance a buy-to-let property I own”. This level of conviction in his startup idea convinced the investor Udeh was also comfortable having skin in the game and led to his first angel investment.

By January 2018 shortly after receiving some angel funding, Füd was selling their product in the corporate and university market and was also able to secure distribution of their products in national retailer Sainsbury’s in May 2019. This was swiftly followed by a trip to the U.K. version of Shark Tank (Dragon’s Den) where Udeh was successful in receiving an offer from Peter Jones. However, upon further consideration, he decided not to accept the offer instead deciding to raise via crowdfunding – tapping into the loyal customer base they had started developing that included fitness enthusiasts and people who suffered from fatigue. The raise was successful and funded a reformulation and sleek rebrand. This has helped the brand continue to drive sales forward and enter new sales avenues such as direct-to-consumer in light of COVID-19 as well as selling via Amazon internationally. The team is crowdfunding again in January 2021 to allow their customer base to increase its stake in the company as they continue to grow a global brand. More information can be found here: www.drinkfud.com.

This article is part of a series featuring underrepresented people making a difference. You can keep up to date with new releases or contact me on Twitter – @TommyASC91.