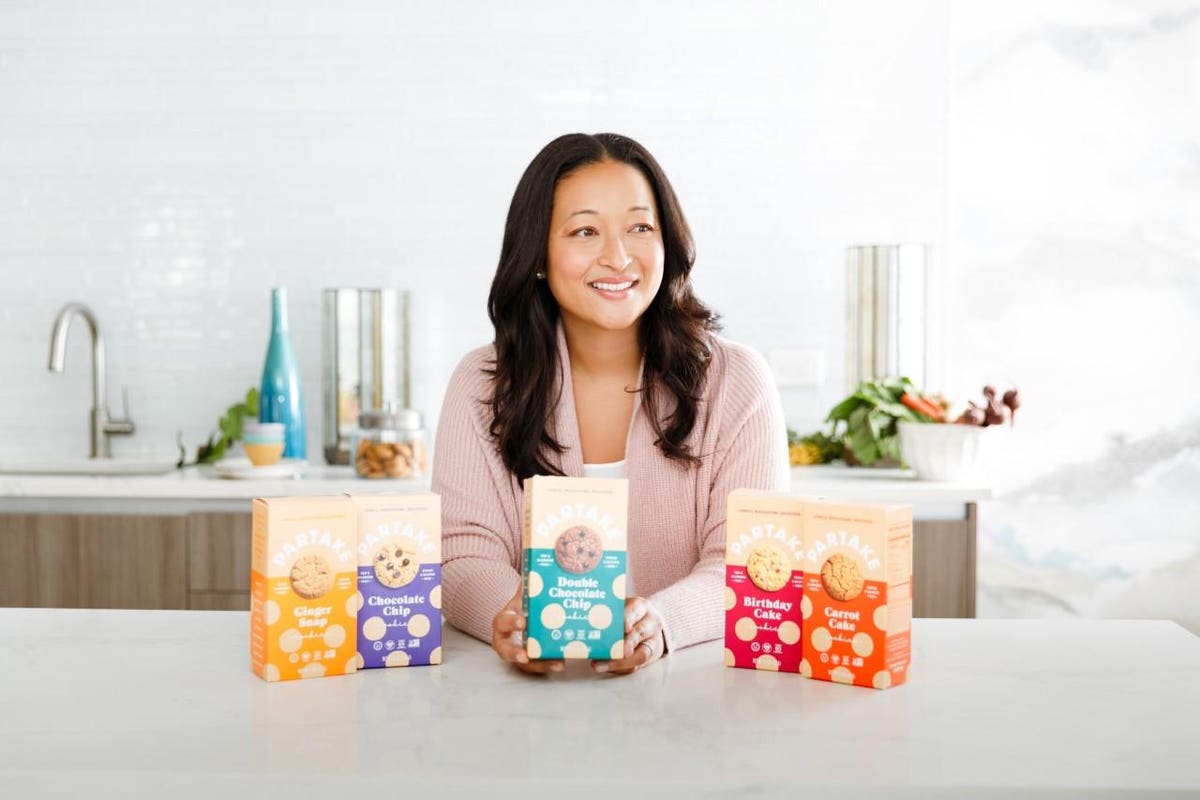 Ahead of the new year, the For(bes) The Culture community predicted that Black and Brown entrepreneurs would have more access to funding in 2021, with more venture capitalists of color stepping up to lead the charge. The latest funding round for the Black female-founded snack company Partake Foods is a step in that direction.

The allergy-friendly food brand closed a $4.8 million series A funding round in late December, led by investors including Rihanna (her first investment beyond personal ventures), Kevin Johnson’s Black Capital, Seattle Seahawks’ Bobby Wagner, Black Star Fund, Once Upon a Farm CEO John Foraker and Beyond Meat Chief Growth Officer Chuck Muth. More than 50% of Partake Foods’ total $7.5 million in funding has come from Black investors, such as Jay-Z and H.E.R.

“That was very deliberate,” says Partake Foods founder and CEO Denise Woodard. “I feel very passionate about continuing to increase wealth in the Black community wherever possible and so having investors on board that understand those missions and goals is really important to me.”

Woodard is the first woman of color to raise $1 million for a food startup, and her business is scaling quickly. The brand, which launched in 200 stores at the start of 2020, plans to grow to 5,500 by the end of 2021. Woodard plans to use new funding to expand her team, marketing efforts, product line and distribution.

While she’s proud of her accomplishments, Woodard recognizes the lingering reality that Black women—despite being the fastest-growing group of entrepreneurs in the country,—receive less than 1% of funding, a statistic she is working to improve. In partnership with HBCUs, Clark Atlanta, NC A&T, Howard and Florida A&M, she is leading a “Black Futures in Food & Beverage” fellowship program aimed at fostering greater inclusivity in her industry.

Her entrepreneurial story, which she hopes will inspire others, has also helped her work toward that goal. “I sold cookies out of my car up and down the street in New York every single day, I drove to natural food stores and did demos every single day…there’s so much of a longer grind,” she says. “I say that to say that if I can figure this out and get here, anyone can.”

Frontier Airlines sweetens offer for Spirit merger as shareholder vote looms
Fresh Take: Lifeless Market For Meatless Meat, What Clif Bar’s Founders Will Net, And Kellogg’s Spinoff Strategy
How to spend a weekend in Vienna
The airplane seat with headphones installed into the headrest
Where do you need reservations for a Hawaii (Big) Island vacation?