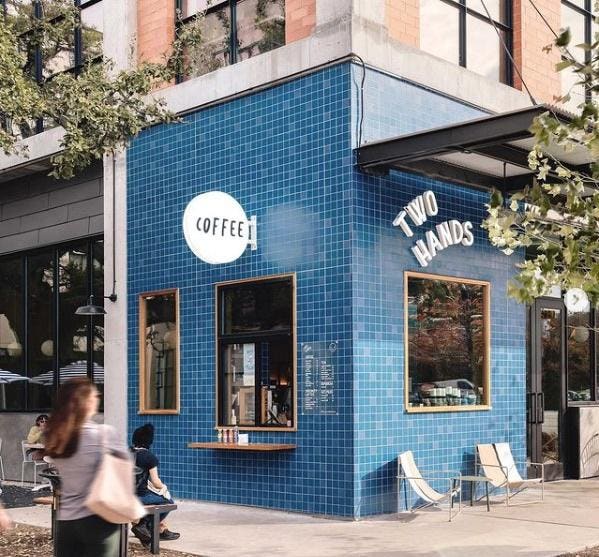 When most private equity companies invest in restaurants, they take a piece of ownership based on providing capital. But inKind Financing, an Austin, Texas based restaurant financing and marketing firm, has found a way to provide capital for restaurants, without  taking any equity.

Most of its capital stems from private investors and has been generating returns of about 15% a year, he suggests.

Monnesignh considered private equity financing “broken” because its investors are out to maximize profit by extracting part of the restaurant’s ownership.

“At the end of the day, restaurants don’t make so much, so taking ownership away is problematic,” he says.

In most cases only 80% of those food and beverage credits are tapped. And since restaurant costs are usually 30% of their price, it only costs them $48,000, in Monnesignh’s analysis, for the $100,000 that inKind has invested in it.

InKind makes its money by selling that credit to guests in the form of “House Accounts.” It markets to customers who have dined there previously, posted likes on their Facebook pages, or written Yelp reviews.

If a restaurant’s average price is $25 for a meal, inKind sells its food and beverage credits for ten times that amount or $250. And because of that, it can take months for customers to spend the amount they’ve purchased.

“When you buy house accounts, you have so much credit that you go two and a half times more in a year,” he adds. Hence restaurateurs are pre-paid months in advance and can spend that money on whatever they choose.

Monnesignh says that its investments are “better than a loan. It’s quick and hassle-free like a cash advance, but less expensive than a bank loan.”

Despite the pandemic’s wreaking havoc on many restaurants, in-Kind has bought more food and beverage credit in the first quarter of 2021 than it did a year ago.

Examples of restaurants that it has invested in include: The Ravenous Pig, a gastropub based in Winter Park, Florida, Yardbird, a Southern restaurant and bar with multiple locations including Miami Beach and Las Vegas, and the Parker Restaurant Group, which owns Hampton Social.

The three most prevalent ways restaurant use their inKind investments are: 1) Opening a new location, 2) Expanding or renovating an existing location such as building out a patio, 3) Facilitates re-opening post-pandemic.

But some owners have used the funding to pay for a down payment on purchasing their building. Others have used it to launch marketing or PR campaigns or update their wine list.

At the beginning, it worked with predominantly independent restaurants, but now is exploring adding chains.

For example, inKind invested $100,000 in October 2020, with Two Hands, a coffeebar/eatery with four locations in New York City that was looking to expand. Its investment covers its New York City eateries and any new ones.

Its founder and CEO Henry Roberts tapped that money to help pay construction costs for its latest venture in Austin, Texas. He described Two Hands as a “millennial diner” that offers healthy food, with specialty coffee and a full bar.

Roberts provided inKind with its mailing and email list to expedite its ability to sell food and beverage credits to its guests.

Roberts was grateful about the injection of capital during a difficult period for most eateries. “It was a good option for us at the time. Nobody was investing or loaning money to restaurants in 2020 and for good reason,” he acknowledges.

In addition, he says, “it allowed us to connect with our customer base and create a loyalty program.”

And Roberts isn’t done aligning with inKind. It’s exploring opening another location in Nashville and would partner with them again.

Over 90% of its restaurants return for a second round of financing, explains Monnesignh. “We take a long-term approach,” he says.

When Monnesignh looks into the future, he expects that inKind will become a “household name for financing restaurants,” he says. He also expects to branch out into small businesses and retail businesses as well.

The 10 best ski resorts in Eastern Europe
The women explorers who changed the travel world
Wolfman Of Wolfe County (Full Episode S1, E1) | Mountain Monsters | Travel Channel
Want to book a private flight? There’s an app for that
What to do about high rental car prices

Going Somewhere?  Compare The Top Sites For The Best Airfares And Routes!