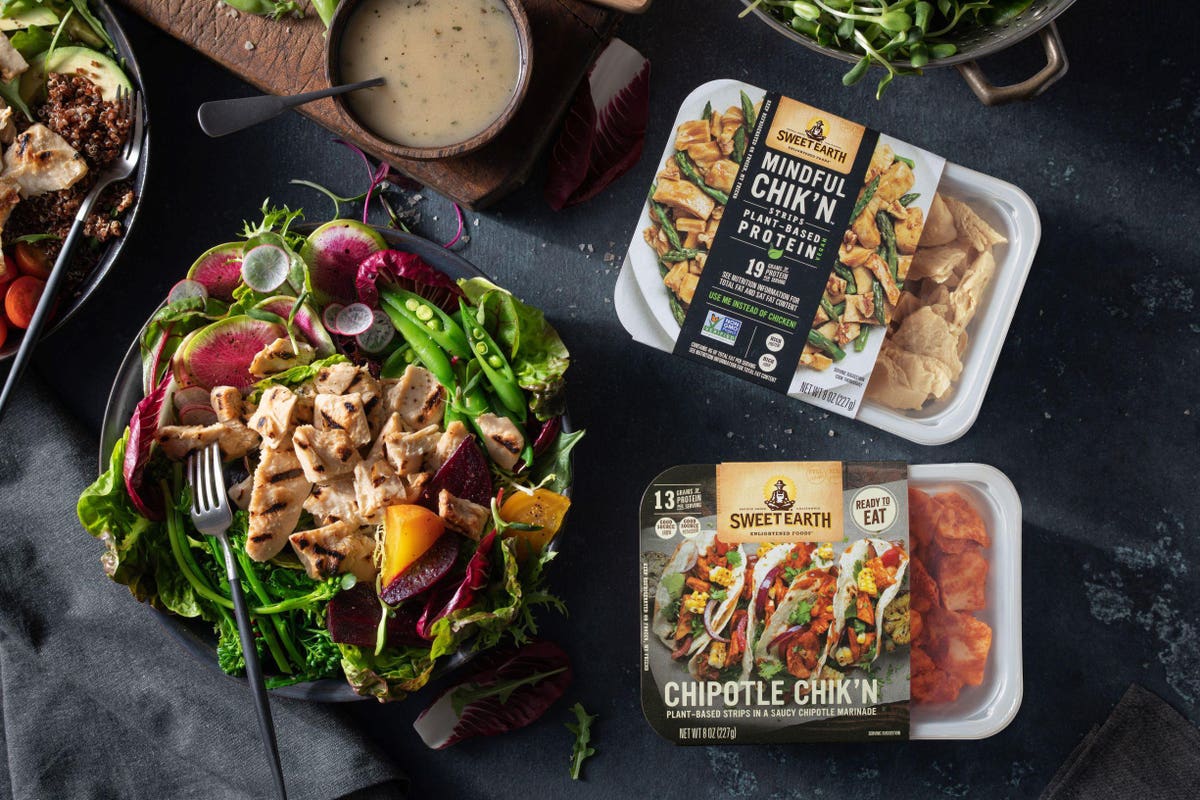 Chicken has long been a favorite meat choice for Americans, from kid-friendly nuggets to a fried chicken sandwich so buzzworthy it launched a restaurant war that’s still gaining new players.

At the same time, even many chicken lovers are trading animal meats for plant-based options for at least some meals, spurring companies to create new offerings. This trend toward more flexitarian eating made Baum + Whiteman’s list of Hottest Food & Beverage Trends for 2021.

“Americans are rethinking consumption of animal protein and seeking more balance in their lives by increasingly mixing-and-matching more vegetables into non-veg meals … with the edge on veg,” the report says.

Global plant-based meat sales are on track to hit $8.3 billion within the next four years as the trend grows, according to research from MarketsandMarkets. And nine out of 10 of the biggest U.S. meat companies had either launched a plant-based line or acquired a plant-based brand by the end of 2019, according to data from the Good Food Institute.

One of those companies is Nestlé, which acquired plant-based startup Sweet Earth in 2017.

Sweet Earth has been catering to vegans and flexitarians alike since husband-and-wife team Brian and Kelly Swette founded the brand nearly a decade ago. Under Nestlé’s ownership, the brand has grown to more than 75 plant-based foods including frozen burritos and pizzas and the Awesome Burger and Awesome Grounds, and this week it unveiled three more products in its Mindful Chik’n line.

The soy-based Mindful Chik’n collection now includes Chipotle-flavored versions of the original strips, and two shredded options, one Korean-style and the other made with carnitas-style seasonings. The products will be merchandised in both chilled and freezer sections at the grocery store, and most often they’ll be found in a section next to the prepared meats, said Ryan Riddle, senior product development specialist for Nestlé’s plant-based meal solutions.

The main reason people cite for seeking out plant-based options is health, he said, and plant-based meats offer cholesterol free, fiber-filled versions of their favorite familiar protein options. The new line also offers an array of options to cater to the pandemic-era rise in home cooking.

“That’s why it’s the perfect time to bring these new products to the market,” he said.

Riddle stressed the versatility of the pre-cooked shreds and strips as a key selling point for consumers looking for more ways to incorporate plant-based meats into everyday meals.

“You don’t need to cook them, but you still can,” Riddle said. “You can take them out of the fridge and toss them in a salad, or you can throw them on top of a pizza, or saute them in a pan and toss with rice or noodles to make a stir fry.”

The new products have a suggested retail price of $7.99 for an 8-ounce package, which is listed as 2.5 servings, but that can vary depending on how they’re prepared, Riddle said.

Sweet Earth’s founders, who were still at the helm in 2019 when the Awesome Burger and Awesome Grounds debuted in 2019, have since stepped back from the company and Riddle and his team oversee new product development, with plenty of feedback from the public via its website and customer reviews.

“Nowadays we’re actively involved in listening to consumers on a daily basis, we’re constantly improving our products with feedback from consumers. We’re always looking at one step ahead and asking how can we make it even more delicious,” he said.

The strategy reflects what Riddle calls “a new paradigm of product development.”

Previously, companies would often take the time to work on a new product and get it perfect before introducing it to consumers, taking the risk that other players would beat them to be first to market. Now, food makers like the Sweet Earth team often release an earlier version, take feedback from customers and roll out new versions over time based on that input.

Health advisor to cruise lines describes how a Covid ‘safe bubble’ can be created on ships
Travel news latest: France and Spain to be off limits as only handful of countries on ‘green’ list
With just $21, Hong Kong man sails to a new life in the US
Meet Super U: Startup Creating Premium Superfood Blends To Improve Your Health
Airline stocks in Asia-Pacific boosted by Australia-New Zealand travel bubble, rising optimism

Going Somewhere?  Compare The Top Sites For The Best Airfares And Routes!