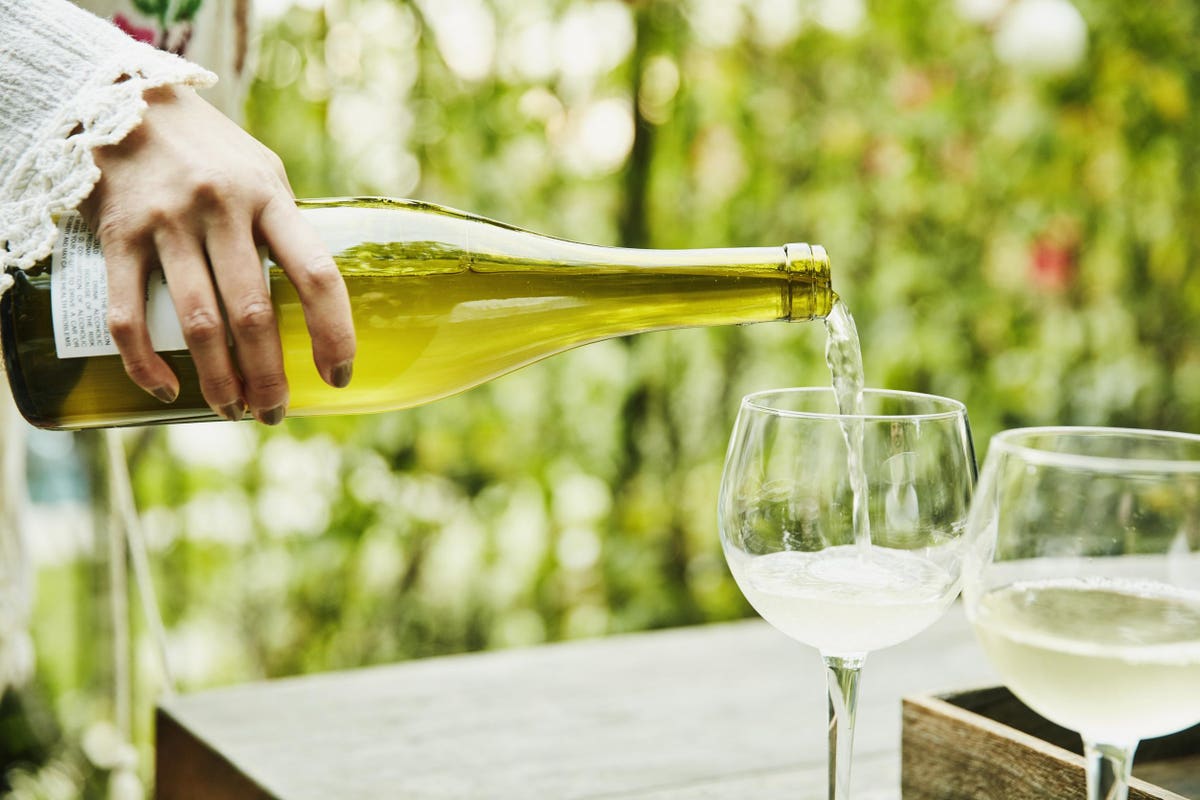 Sunday isn’t a typical day for a post in this column, and I don’t typically post about book reviews that are outside the category of wine. But today offers a unique opportunity for weekend reading with the special twist of a chapter about wine in a book about food, restaurants and redemption.

Erin French, the chef and owner of The Lost Kitchen in Freedom, Maine, published her memoir earlier this month. It’s called Finding Freedom: A Cook’s Story, Remaking a Life from Scratch and is a sequel, in a way, to her cookbook The Lost Kitchen: Recipes and a Good Life Found in Freedom, Maine, published in 2017. To put the success of The Lost Kitchen in context, it was named named by Bloomberg as one of twelve restaurants worth traveling across the world to experience, and by TIME Magazine as one of the world’s greatest places.

I was drawn to Finding Freedom for the content it promised and the narrative it delivered: French is a cook who overcomes mountainous challenges, from single motherhood to an addiction to prescription drugs to betrayal (financial and otherwise) by her then-husband, all of which necessitated the multiple starting “from scratch” episodes in the book’s title.

Wine’s role in this narrative was supportive at best, relegated largely to the ancillary beverage that washed down French’s pills or helped to wind down the adrenaline after service or, occasionally, to punctuate a celebratory moment with a few popped corks of something sparkling or to underscore vermentino’s particularly appealing pairing with a dish of delicately prepared seafood.

Then came Chapter 31, “The Awakening of a Woman,” which ends up being about French’s mother’s journey rather than her own. Throughout the book, French’s mother is present, involved, loyal and watchful. She also adheres closely to the culturally defined roles of her time and place, that is, marriage, the teaching profession (special education), and young motherhood in rural Maine in the 1970s and 1980s. Which means she is also reserved, deferential and unlikely to offer an opinion that is independent, contrary or unpopular.

Then came Chapter 31. French starts the chapter while in the flow of describing the women (and one man) who staff The Lost Kitchen and make it into the global dining and cultural destination it became. “Among all the women, one came to life more than I could have imagined,” French writes. “I got to watch as she blossomed like a spring flower that had endured a long, cold Maine winter.”

French is speaking of her mother whose name, we eventually and subtly learn, is Deanna. In this chapter, French shifts the author’s gaze and language to the direct details of her mother’s life that had, until now, been mostly suggested and evoked rather than named specifically. That includes her relationship with a controlling husband, French’s father.

Five years after opening The Lost Kitchen, French’s mother finalized the divorce from her husband. They’d been married for more than 35 years. “When she left my father, she emerged from the shell that had kept her subdued for so many years,” French writes. “She was discovering who she was,” simultaneously experiencing a personal transformation alongside and in parallel to her daughter’s.

This is where the wine comes in.

French describes Deanna’s journey to assuming the management of The Lost Kitchen’s wine, beer and spirits inventory, and becoming the restaurant’s in-house sommelier. Like nearly everyone at the beginning of our wine journey, either as a consumer or professional, Deanna was intimidated by the barriers that wine has so expertly constructed around itself for so many generations.

“She didn’t know much about wine except that she liked it,” French writes. “She didn’t know a pinot noir grape from a merlot grape, couldn’t tell you about the appellations or terroir or describe what a tannin was.” Starting to learn about wine was a fearful experience and, doubly unfortunately, also a familiar one that will resonate with many readers.

What will also resonate, however, is French’s assurance that her mother “was more capable than she even realized,” and that “her willingness to learn ran wild in her.” Discovering wine led her to discover her voice, French writes, as well as a wider world. It is the best kind of journey that wine can lead us through.

Deanna taught herself about wine from the ground up, eventually coming into her own though not identifying officially as a sommelier or wine salesperson. “She wasn’t a sommelier,” French writes emphatically, “she was a mom, and she knew how to pick a damn good wine.”