Two-thirds of Britons are planning trips abroad in the coming months despite Government advice, and will press ahead even if their destination doesn’t turn green, according to new research.

Nearly a quarter have already booked a holiday to an amber-listed country, found insights agency Perspectus Global. Thirty-nine per cent said they needed to get away for their own mental health, while 27 per cent said they were fully vaccinated and saw no reason not to go.

It means the majority of those polled are willing to self-isolate for up to ten days following their return, and take at least three tests in accordance with the Government’s traffic light system.

Separate research for Project Screen by Prenetics indicated that at least 16 million Britons are contemplating a foreign holiday this year, regardless of warnings against non-essential travel.

It comes as Prime Minister Boris Johnson and US President Joe Biden will today pledge to restart air travel between their countries as world leaders gather in Cornwall seeking to get people flying again.

Scroll down for the latest updates.

Oliver’s Travels has still seen a steady flow of new bookings despite the traffic light system putting all of the destinations that we serve onto the amber or red list, with the exception of the UK. Consequently, we are actually 40% up on bookings compared to the same period in 2019, and 60% of those new bookings are for destinations currently on the amber list.

It’s clear that the majority of our customers are either hoping that their destinations go green before the summer holidays or are prepared to accept the minimum of 5 days self-isolation on their return. Another interesting trend we have seen is that people are spending considerably more on their summer holiday than they were over the same period in 2019 – our average order value is 57% higher as a result.

The UK is enjoying its first solar eclipse in more than six years as the sun is partially covered by a New Moon.

Watch it live below… 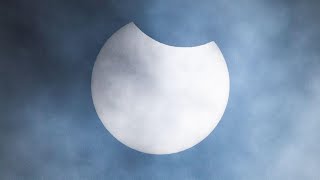 News that Boris Johnson and Joe Biden will be holding productive talks today to resume transatlantic travel “could be the lifeline the travel industry has been grasping for,” says Steve Norris, MD of Flight Centre:

Over the past few months, the USA has consistently been Flight Centre’s second most popular destination for enquiries and bookings, beaten only by Australia, where the company has its roots. Resuming travel to the US will jumpstart the travel industry in its hour of greatest need; the USA has a strong vaccine record with cases falling steadily over the past few months, so we’re excited that meaningful talks between the countries’ two leaders could get travel back on the books in a safe and secure manner.

At Flight Centre, we’ve heard countless stories of families and friends dreaming of their post-COVID reunion and we’re now one step closer to helping them out on their way to that happy day.

Two Australian states are on Covid alert after an infected woman and her husband travelled from Victoria, a state in lockdown, through the states of New South Wales and into Queensland, visiting dozens of sites along the way.

The 44-year-old woman tested positive for coronavirus once in Queensland, authorities said late on Wednesday, and her husband has since tested positive.

Queensland state Health Minister Yvette D’Ath told reporters in Brisbane on Thursday that the couple’s tests suggested they were likely at the end of their infectious period.

Lockdowns will be seen as the “single biggest public health mistake” in history, a Stanford professor has warned.

Jay Bhattacharya, a professor of medicine, told The Telegraph’s Planet Normal podcast that there have been “enormous collateral consequences” of keeping people inside and isolating them from their loved ones during the pandemic.

The epidemiologist believes many scientists have clung onto the perceived effectiveness of lockdowns, and they “remain attached” to the idea despite the “failure of this strategy”.

Prepare for the partial solar eclipse!

The whole of the UK will see its first solar eclipse in more than six years during the morning of Thursday June 10, when the sun will be partially covered by a New Moon.

Lasting a couple of hours, the celestial event will be easy to see in clear skies by anyone with solar eclipse glasses – or even a kitchen colander.

Here’s everything you need to know about today’s partial solar eclipse.

‘We can’t wait until everything is back to normal’: How G7 shattered hotel’s oasis of calm

World leaders take precedence as the Tregenna Castle Resort has been spruced up for the arrival of Joe Biden and others attending Cornwall summit, reports Catherine Pepinster:

Most had assumed until recently that not only would the summit meetings be held at the Carbis Bay Hotel but also that the leaders would enjoy rest and recuperation there.

But instead some are staying a few minutes away at Tregenna Castle, built in the 18th century and converted to a hotel by the Great Western Railway in 1878 to accommodate the holidaymakers brought to St Ives by train.

The venue certainly has five-star grounds, with its golf course, croquet lawn, tennis courts and pools, but inside it is not so much World of Interiors, more Ideal Home.

Travel testing firms’ kits cost twice as much as advertised

Travel testing firms have been accused of overcharging holidaymakers after advertising kits for up to half the price that the customer actually had to pay.

An investigation by Which?, the consumer group, found three of the cheapest firms on the Government’s website claimed to provide tests for as little as £60 when they actually cost twice as much.

The companies have now amended their prices, dropping them out of the top ten cheapest firms on the Department of Health and Social Care’s website.

Which? also uncovered test providers listed on the government’s website that were not actually offering testing services at the time they were listed.

Charles Hymas has the story.

Airlines based in Britain have told the government they will need industry-specific support to help them survive if Covid rules continue to keep travel markets shut.

Companies including British Airways, easyJet and Ryanair are in a deepening crisis after Britain’s plans to restart travel on May 17 following an almost five-month ban on foreign holidays fell far short of their hopes.

Britons are still discouraged from travelling to most countries, and since the May reopening, the government has tightened the rules, removing one of the few destinations that was open, Portugal, from a safe travel list.

As July and August approach, the months when airlines make most of their profits, there are worries the summer season may be lost for a second year in a row, risking airline viability and jobs.

After “a very bad year”, Paris tour operator Marc Vernhet sees a ray of light with the promised return of tourists from the United States and elsewhere who are welcome in France as of Wednesday if they have been vaccinated against the coronavirus.

His agency, 2CVParisTour.com, is starting to get bookings again from Americans for its sightseeing tours conducted in quirky, bug-eyed Citroen cars. June is still very lean, but July is looking better, Mr Vernhet said as France took the first steps toward rebuilding its position as a top destination for foreign tourists.

Before the pandemic, Mr Vernhet ran three or four tours of the capital per day. The work dried up when France locked down, and he’s only doing around three tours per week now, almost exclusively for French visitors.

To be allowed in for tourism, Americans and other visitors from most countries outside of Europe will need to show that they have been fully inoculated against the coronavirus with vaccines approved by the European Union’s medicines agency.

A quick recap of the top headlines:

Now, let’s get on with today’s news…

How to make the perfect cup of British tea
How New York City Delivery Workers Are Rewriting The Rules Of Gig Work
10 amazing country house hotels in Cheshire, including stately halls and swish spas
EU Digital Covid Certificate: Everything you need to know
Biden and Johnson to agree on new ‘Atlantic Charter’ covering tech, trade and travel