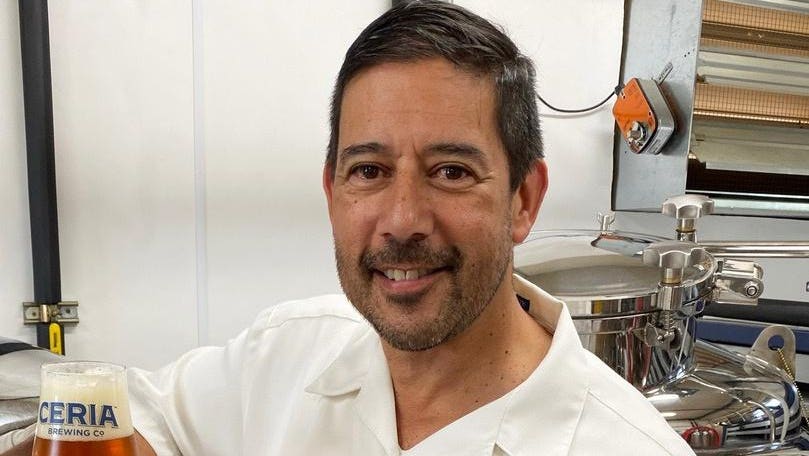 The recent proposal of legislation to decriminalize cannabis in Congress by Senator Chuck Schumer highlighted the changing views in the United States about the status of the substance. Once vilified, the use of cannabis has spread widely across the country, with thirty-seven states plus the District of Columbia legalizing its use for medical purposes and eighteen plus D.C. allowing recreational use of the plant.

To see what effect decriminalization might have in the beverage industry, we reached out to Dr. Keith Villa. He is the founder of CERIA Brewing Co, Colorado’s first THC-infused, non-alcoholic craft beer, and the author of Brewing with Cannabis: Using THC and CBD in Beer. He also was the founder of Blue Moon Brewing, an operating unit of MillerCoors, where he retired after a thirty-two-year career.

Some responses have been slightly edited for clarity.

What effect could legalization have on the brewing industry?

It’s a mixed bag. Right now, you can’t mix cannabis and alcohol on a federal or state level. I don’t see that changing anytime soon, even though people think you could get a really good buzz if you combine them. There’s a cautionary tale that people should pay attention to from the early part of this century when Four Loco was the rage. They mixed high levels of caffeine and alcohol in a drink. It led to many people getting quite sick, and the FDA put out rules banning that.

So, we should not rush into that until we know more, but there will be a boom of non-alcoholic beers with THC in them should the laws change. You can make those now in states where recreational cannabis is allowed.

I think it could be huge from a beverage perspective because if they decriminalized it, you could put everything from CBD, THC, and all the other cannabinoids (naturally occurring compounds in cannabis) from the plant into beverages.

So who do you see entering into the cannabis beverage space?

I think many corporations see legalization as a goldmine. I believe pharmaceuticals and big beverages will jump in and try to make money off of it, along with the tobacco companies that see it as an opportunity to expand their portfolios.

A lot of brewers, from small to large ones, are quite interested. In Canada, you see Molson Coors
, Constellation, and Anheuser-Busch working on new brands. In the U.S., Lagunitas, a brand owned by Heineken, is making (HI-FI HOPS) a beverage mixing hop water and THC. Other large brewing houses are working on their own angles too. Small brewers also are very interested, but they don’t know exactly how to get into the space.

The best way to consume cannabinoids is through a beverage, so that will lead to massive competition in that space. Yes, you can make little chewable or vitamin-type things, but in the end, I think the big money and the big way to sell to consumers are good-tasting beverages. Smoking anything these days is not very socially acceptable. People have asthma, people have allergies, and many people don’t want to be around smoke. Even before the pandemic, people’s lungs and health are so top of mind. We generally wish for something in our hand to sip on as we’re conversing and socializing, and cannabis-infused beverages fill that need.

What is the essential thing that needs to happen if it becomes decriminalized?

There are over 100 cannabinoids in the plant that have untold potential. Some act like caffeine, some like Viagra, some minimize hunger while others increase it. There are just so many possibilities and combinations of them that can be created once we know more about them. Once cannabis is decriminalized, universities will then be able to do the research, something they can’t do right now. They will step in and take a leading role in the research and patent and sell their discoveries. That will fuel the next era in the cannabis industry.

The new green list countries which are actually open to Britons
Pinot Noir Wines Expressing Differences From Three Great Vineyard Sites Throughout California
Flights to Europe are the cheapest in years. That’s about to change as the U.S. lifts travel restrictions
How To Quit Your Job And Become A Spirits Distiller
How to eat sushi: Tips for ordering and eating like a Tokyo local