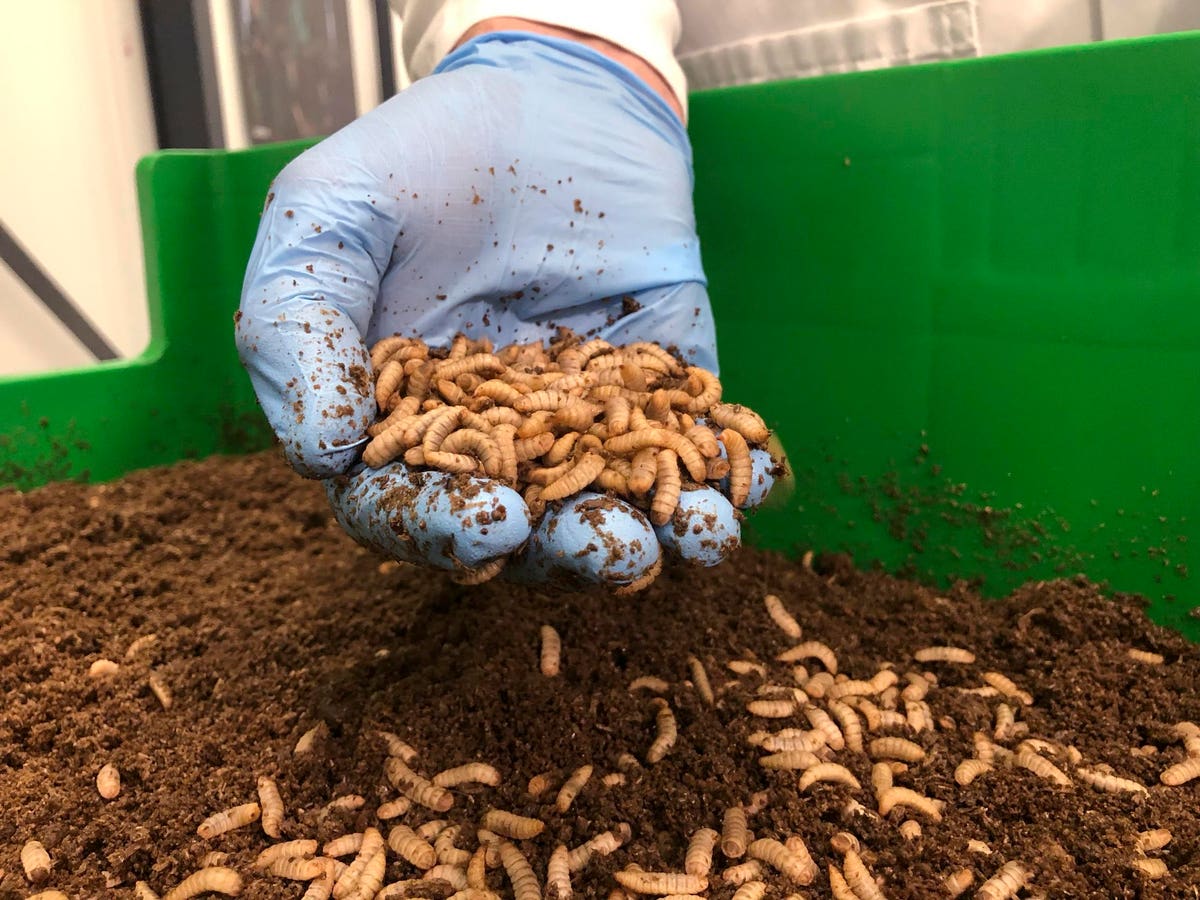 We are often told that something we can do to fight climate change, is to eat less meat or dairy. While there are certainly greenhouse gas issues with animal production, it is not that simple. But animals play a unique and indispensable role in our food supply– they can thrive on sources of nutrients that would otherwise be unavailable to humans. A familiar example would be the ruminants that can live on the cellulose in grasses both in pastures and from crops (cows, sheep, goats, etc.).

But there is an interesting source of feed for other farm animals that can’t use cellulose: Insects. Most people are not attracted to the idea of eating insects directly (although some cultures have included insects in their diets). A more broadly appealing option is to use insects to feed animals like poultry, hogs and fish because they can do well on that diet. This article will describe a pair of companies that are scaling up this potential food supply enhancement.

The leading insect candidates for this approach are crickets, mealworms and Black Soldier Flies. What these organisms can do for us is to “up-cycle” nutrients from various food system “side-streams” and/or from food waste. Then protein and lipid products can be derived from those insects to feed to animals in order to produce nutritious and widely appreciated human foods. This is also an attractive option for pet food.

A recent, large-scale example of this strategy involves the French insect-rearing company Agronutris and the Swiss, family-owned, global technology company Bühler. Together these two companies have announced the construction of a plant in Rethel, France which will be operational in 2023. It will employ larvae of an insect called the Black Soldier Fly to process 70,000 metric tons of low value side-stream feeds which will then be converted to high value protein and lipids that will be ingredients for feeding animals and pets. The overall recovery rate from the process is high with 70% of the dry mass protein in the starting side-stream material being converted into insect protein. Agronutris has plans for a second, 210,000 metric ton facility in France with a longer-term vision for global expansion.

For the plant in Rethel, Agronutris is leveraging ten years of experience optimizing the the biology of insect rearing and growth. Bühler engineers the insect feed preparation, the larvae growth units, climate control, and separation of larvae from the left-over feed and insect frass (insect poop) at the end of rearing. They also engineer a pasteurization step, and extraction of the clean final products. They will also optimize the system by collecting and analyzing 350MM process-related data points per day. This should take care of any “bugs in the system”–except of course the main actors. As for the frass etc. – that becomes a good soil amendment for local farms.

The logic for using the larvae of the Black Soldier Fly (technically its maggot stages) is that the species is already a proven option on a smaller scale and one that has shown promise on an industrial level. The adult stage of the fly can be raised in captivity, but if it were ever to escape it is short-lived and does not bite or sting. The Black Soldier Fly larvae are also extremely flexible in terms food sources on which they can thrive. This includes side-streams like bran, husks, pods, or DDGs that come from major crops such as wheat, rye, soy, corn, barley, oats, rapeseed, sunflower and even coffee and tea. There are millions of tons of these options available and this would represent a higher-value use for those available streams.

The fly larvae can also thrive on peelings, trimmings and culls from fruit and vegetable crops. Another desirable option would be to use the system to help address the 1.3 billion ton per year generation of food waste. Anaerobic digestion is a great solution for many waste streams because it can generate carbon-neutral energy, but this insect model makes sense for waste-streams with enough potential proteins and lipids to generate a high value feed.

When insect-based feed reaches significant scale it can help to address food supply needs, and also help with sustainability goals such as water and energy conservation, reductions in greenhouse-gas emissions, and reduced pressure for land-use-change.

Insect pests certainly can cause significant damage to our food supply unless well managed. But with the help of the technology described here; Black Soldier Flies could join other beneficial insects like pollinators, lady bugs, lacewings as positive contributors to our food supply.