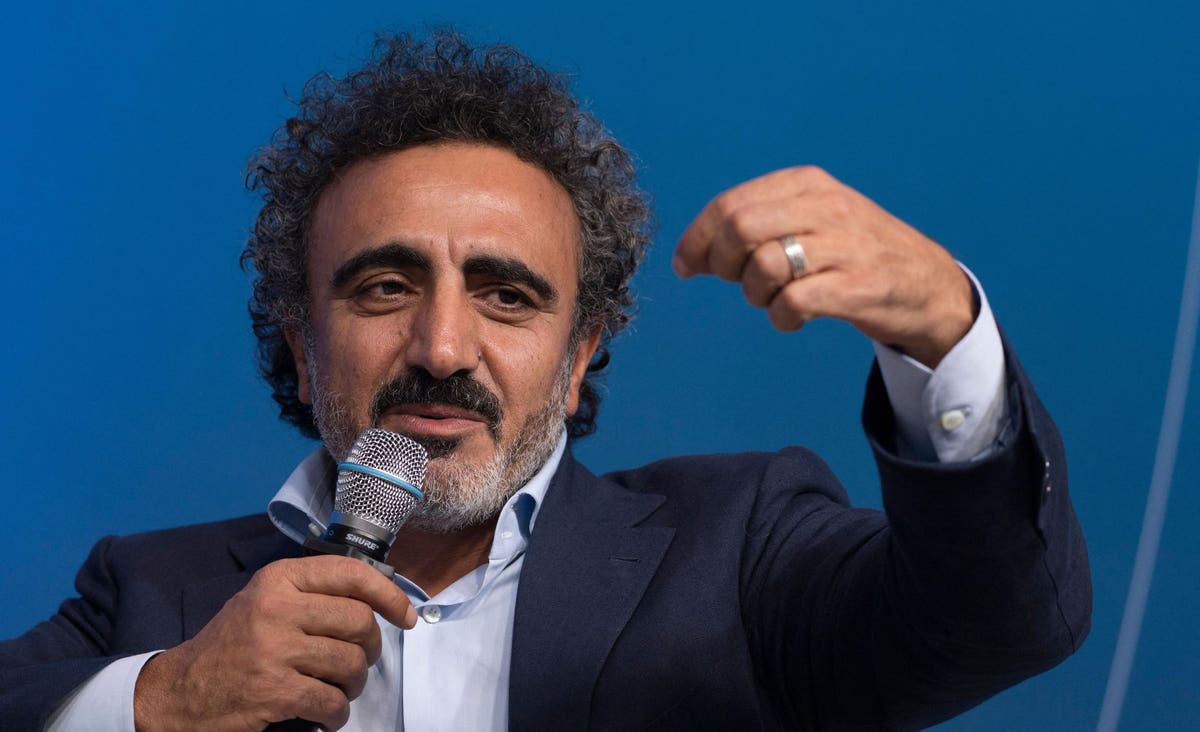 Nearly four dozen large companies, including Amazon, Hilton and PepsiCo, committed to hiring more than 22,000 refugees over the next three years as part of an ongoing push by the Tent Partnership for Refugees, a non-profit organization founded by Chobani billionaire Hamdi Ulukaya.

“The brands and companies coming together and making these commitments will encourage other companies to step up,” Ulukaya told Forbes. “I think we’ve broken some barriers that companies are going out there and making refugees part of their hiring.”

The commitments from 45 companies come as the population of global refugees has swelled since the Taliban takeover of Afghanistan, the Russian war on Ukraine and the political and economic instability in Venezuela. Tent announced the new commitments on Monday in conjunction with its first business summit on refugees in New York.

The total global refugee population surpassed 27 million at the end of 2021, according to the UNHCR. Those numbers predate the war in Ukraine, which has resulted in an additional 7.3 million refugees. The U.S. is expected to accept nearly 100,000 Afghan refugees this year, 100,000 Ukrainians and another 125,000 refugees from other parts of the world, according to Tent.

For U.S. corporations, the commitments to hire refugees come at a time when they’re facing a historically tight labor market that’s made filling open roles difficult.

“I think this 20,000 commitment compared to the population that has arrived is very, very significant,” said Ulukaya, 49, who is worth $2.2 billion. In addition to direct hiring, he said, Tent is encouraging corporations to nudge the companies in their supply chains to also hire refugees, as he has done at Chobani.

Earlier this year, Tent announced that more than 100 companies including Delta, Pfizer and Marriott had signed on to its effort to fill open jobs with refugee workers. The new commitments bring the Tent network to a total of 260 major businesses that have said they would hire and train refugees.

Ulukaya, a Kurd raised in eastern Turkey, has been one of the loudest and longest-standing proponents of hiring refugees. He started hiring refugees at his yogurt company and subsequently founded the nonprofit Tent in 2016 to help businesses support refugees. “The moment a refugee gets a job, it’s the moment they stop being a refugee” is his mantra. Ulukaya and Chobani have funded Tent with approximately $20 million since its founding.

“This is not a small issue, it’s a large issue. You are talking about millions and millions of people that are stuck,” he said. “We’re seeing how refugees as a topic has been used in a political environment in a very wrong way and has hurt us all. . . . They are people like us—mothers, sisters, brothers, fathers—who have been forced from their homes and they just want a second chance to contribute. I thought business involvement could affect that.”

The Tent Partnership provides resources to companies in its network to help them hire and train refugees and also holds hiring events in conjunction with local nonprofits in areas with large refugee populations, including Los Angeles, Houston and northern Virginia.

“I think we have broken some barriers that companies are going out there and making refugees part of their hiring.”

Amazon, which employs more than a million people in the United States, tops the list of new three-year commitments, pledging to hire at least 5,000 refugees and to provide them with free legal resources, English as a Second Language training and other support through its Welcome Door program. An Amazon spokesperson said that the company’s pledge follows its previous work with refugees, which includes outreach on military bases where Afghan refugees have been housed and partnerships with refugee resettlement organizations.

Among the other major three-year commitments, ManpowerGroup will place at least 3,000 refugees in jobs at its corporate clients, Tyson Foods will hire 2,500 refugees, and Blackstone’s portfolio companies and real estate properties will hire at least 2,000 refugees. Other companies making pledges include Hilton, Marriott, Cargill, Hyatt, PepsiCo and Pfizer. Tent estimates that the hiring commitments will generate $915 million in income for refugees in the U.S. each year.

PepsiCo, for example, which had previously partnered with Tent in western Europe on a mentoring and coaching program, has agreed to hire 500 people over the next three years. “Five hundred is big enough to force us to really put resources behind it . . . to force my own team to say it’s not a sideshow,” said PepsiCo’s chief human resources officer Ronald Schellekens.

PepsiCo plans to concentrate its hiring of refugees in Phoenix, Dallas, Denver and Chicago. Schellekens expects to hire for both factories and offices; the company’s food operations are based in Dallas, while its Gatorade and Quaker businesses are located in Chicago. “I think it should be both blue-collar and white-collar,” he said. “I see it as a talent opportunity. There’s no fixed playbook.”

Chicken-processing giant Tyson Foods, meanwhile, which employs more than 100,000 people across its North American operations, plans to bring on 2,500 refugees over the next three years. “For a long time we have attracted people to work at Tyson with varying English proficiency and refugee status,” said John R. Tyson, the company’s executive vice president of strategy and a fourth-generation member of the Tyson family.

Hilton, which has worked with Tent since 2018, expects to hire 1,500 refugees in both its Hilton-owned and franchised hotels across the U.S. “As the hospitality industry continues to navigate a tight labor market, these groups of talent can provide new opportunities for recruiting and hiring,” a Hilton spokesperson said by email.

This isn’t just altruism. Tent found that 73% of employers reported a higher retention rate for refugees than for other employees in a 2018 survey. Among manufacturing companies, the turnover rate for refugees was just 4%, below the 11% for all employees, according to the report. Although Tent has not updated that research, it expects that those higher retention rates have persisted.

At first, Ulukaya said, it was “very hard” to convince some of the large companies to get behind the effort, but over time Tent made inroads. “We really make an economic case,” he said. “You hire these people and it affects your productivity, it affects your culture, and it’s a no-brainer from a business perspective.”

In an effort to expand hiring pools, companies outside of the Tent network have also looked to recruit refugees. GE Appliances, which is owned by Chinese consumer electronics conglomerate Haier, set up its own program to recruit Afghan and other refugees, as well as bilingual speakers, for its Louisville plant, which employs more than 5,000 blue-collar workers.

Ulukaya argues that companies need to look to refugees for more than just blue-collar jobs as many of the people coming to the United States have advanced degrees and other professional training. “Look at the population coming from Afghanistan or Ukraine. There are doctors and engineers,” he said. “Seeing them have a blue-collar job is not fair. They need to get to a place where they can get a job based on their experience.”

As for Chobani, the yogurt maker’s public offering, reportedly once worth $10 billion, was postponed earlier this year as stocks fell and in September was pulled completely. Going public in the current market “makes no sense,” Ulukaya said. “We have no pressure to do anything. When the timing is right, we’ll file back.”

Fresh Take: Wells Running Out Of Water, Making Meat From The Air, And Stealing $250 Million From Hungry Children
3 Intriguing New Non-Alcoholic Products
Forget Campfires, Pepsi Is Bringing S’Mores Soda To Your Fridge
A Company Focused On Fresh, Sustainable Food Options – But In This Case For Dogs
Singapore’s Changi Airport is going to get a lot bigger as plans for T5 take shape